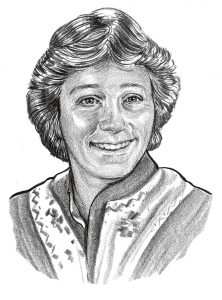 Karen Snyder Brebberman attended Maumee High School from 1979-1983.  During her four years, Karen was a standout athlete earning many accolades in cross country and track & field. She served as team captain for both cross country and track her senior year. While running for MHS, her teams won five out of eight possible opportunities to be N.L.L. champions.  Karen also was on the Panther basketball team for three years.

During her time on the cross country courses, she earned four varsity letters, was a two-time all league champ,  state qualifier and earned league and district honors.  Karen was also an individual runner up while on the cross country team. At the OHSAA State Championships, Karen finished 25th in the state her junior year.

During the off season, Karen kept busy by participating in indoor track for four years and running many road races so she could continue to train for her high school running teams.

Karen graduated from Ohio University  in 1987 earning a degree in elementary education. She taught  in the Pike Delta York  and Anthony Wayne Schools before getting her Master’s degree in  Library Media at the University  of Toledo.

Today, Karen resides in Maumee and works for Maumee City Schools as a media specialist. Karen has two daughters, Kelsey (2013) and Morgan (2014), who also graduated from Maumee and ran on both the cross country and track teams as well as swam for MHS.  You can see Karen still being active walking everywhere in Maumee.  She continues to give back to Maumee in her free time by coaching  middle school track  and holds the position of  intramural advisor at Gateway Middle School, which she began in 2000.  Karen also held the position of the MHS varsity girls cross country coach.  In addition, Karen has been the pool manager for the City of Maumee Parks and Recreation/Rolf Park Pool  since 1984. 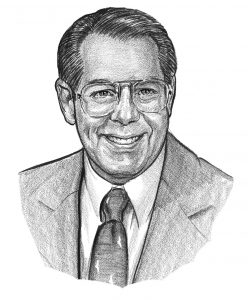 Prior to Maumee, Coach Boyles was the head football coach at Bucyrus (OH) High School for 6 seasons, compiling an outstanding 104-60-6 overall record.  His 1970 team was undefeated and finished as state runner-up in Class AA.  Bob also served in a variety of assistant football coach roles at Bowsher High School, Franklin Heights High School, the University of Toledo and Ohio Wesleyan University.

Bob Boyles is a West Virginia native and earned his B.A. from West Liberty State College in 1963.  Upon graduation, he attended the Ohio State University where he was a graduate assistant in the Department of Health, Physical Education and Athletics.  He earned his M.A. in 1965 from OSU.

His teaching career at MHS included leading classrooms in Health, Physical Education and Art.  At the time of his retirement, he was the department chair in Art.

Today, Bob Boyles resides in Perrysburg with his wife, Arlene.  They have two children, R.L. and Shannon, both of whom are proud MHS graduates.  They have 5 grandchildren – Gabriella, Hans, Chase, Grace and Liam. 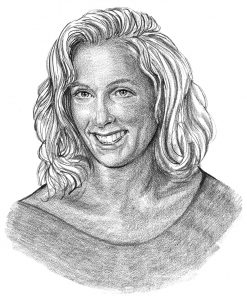 Angela (Williams) McEwen attended Maumee High School from 1989 to 1993. Throughout that time, she participated, and excelled in 3 sports. She was highly honored in Volleyball, Basketball, and Softball.

During her time on the diamond in softball, Angela was a 4-year varsity letter winner. She was chosen for league honors 3 out of her 4 years. Her Sophomore year she was an honorable mention winner. Angie was selected to the 1st team All-League team as a Junior. She was a 2nd team All-League recipient as a Senior. Maumee’s softball team’s record during her Junior and Senior year was 36–15 overall and 21–7 in N.L.L. competition.

Angela earned 11 varsity letters while at Maumee High School. When she graduated, Angie held the girls’ record for most varsity letters earned, and was a member of league championships teams in Volleyball, Basketball, and Softball. Her basketball and softball coach at Maumee, Marty Kalmbach, nominated Angie for the Maumee Athletic Hall of Fame. When asked about her athletic ability in high school he said, “Her main attribute was that she was extremely competitive, and one of the strongest girls I’ve ever had play for me…She was intimidating, and girls on the other team did not like playing against her.”  Angie continued playing basketball after graduation at Notre Dame College of Ohio (in Euclid), where she was honored as a small college All-American for two years.

Angela studied accountancy at Notre Dame College and is currently employed as the Regulatory Compliance Director at USAA. Angie lives in Perrysburg with her husband, John McEwen, and her two sons, Tommy and Matt. Angie’s presenter for her award is her sister, Amanda Williams Siegel (Maumee High School Class of 1992 and Maumee H.O.F. Class of 2017). 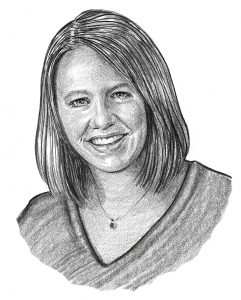 Kendall Karchner attended Maumee High School from 2002-2006 and during that time became one of the finest swimmers in school history.

Kendall was a four time varsity letter winner and a three time district champion in the 100 yard backstroke. She was district champion her sophomore through senior year and placed third her freshman year, each time earning a spot at the state championship meet. Kendall not only qualified at the state meet but also placed eighth as a freshman, eleventh as a sophomore, ninth as a junior and ended her senior year by placing fourth.

While the 100 yard backstroke was Kendall’s strongest event she also was a competitor in the 200 yard freestyle. She placed third her sophomore year, second her junior year and first place as a senior at the district championships, which qualified her for the state meet those three years as well. To this day, Kendall still holds multiple Maumee High School records and also held the District 100 yard backstroke record from 2006-2011.

Kendall’s talent and work ethic in swimming transferred over to her academics. She earned the Kazmaier Scholarship and Presidential Award for Academic Excellence her senior year as well as being named to the NLL Senior All-Academic Team for swimming. From 2005-2006 Kendall served on the National Honor Society. 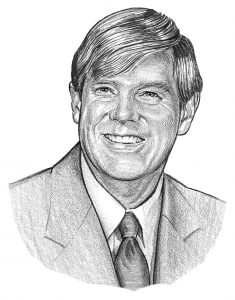 Ray Foreman attended Bucyrus (OH) High School where he excelled in several sports, culminating in earning 4 letters in 4 different sports in his senior season.  Foreman earned a starting spot on the varsity football team his sophomore year and received the Michael Trophy as the top football player in his class.

Following graduation, he attended BGSU and enlisted in the Army, where he became a medic in the 82nd Airborne Division.  After the Army, Ray returned to his academic pursuits, enrolling at the Ohio State University and earning a degree in Science Education with a minor in Physical Education.  While there, he had the opportunity to take a class taught by the late Buckeyes coach, Woody Hayes.

Coach Foreman returned to Bucyrus, teaching and coaching at the high school.  During that time, he was fortunate to receive 2 National Science Foundation awards for teachers allowing him to attend North Carolina State University for a summer of study followed by an academic year of study at the University of North Carolina, where he earned his Master’s Degree.  Returning to Bucyrus, he served as Science Department chair and coached alongside fellow Hall of Fame inductee Bob Boyles on the staff of the 1970 undefeated Bucyrus High School football team.

Mr. Foreman left the teaching profession for short time but ultimately missed his time with students in the classroom and eventually was hired by Maumee superintendent, Dr. Fred Rolf, to teach and coach for the next 25 years.  He coached tennis and football during this time and was on the football coaching staff from day one until his retirement.

Today, Coach Foreman and his wife, Dusty, enjoy splitting time between their homes in northwest Ohio and Siesta Key, Florida.  He and Dusty are the proud parents of 2 children, Renee and Brad, who have blessed them with 2 grandchildren and 4 great-grandchildren.