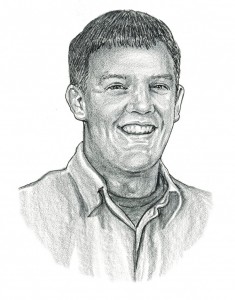 Jeremy Carpenter attended Maumee High School from 2000-2004. Throughout that time, he participated – and excelled – at football and wrestling. He earned six varsity letters throughout his career, three in football and three in wrestling.

Jeremy was a two-time All-NLL selection in football, earning a nod on First Team both his junior and senior years as a lineman. Jeremy was also a part of the 2001, 2002, and 2003 OHSAA Division II state playoff teams and was selected Second Team All-District his senior year.

During his years on the wrestling mat, Carpenter won three league championships, thereby making him a three-time member of the NLL First Team. Jeremy was also a three-time OHSAA Division I Sectional placer, earning a 4th place finish his sophomore year, runner-up his junior year and a Sectional championship his senior year at 189 lbs. He was also a three-time Division I District placer, placing fourth his sophomore and junior years and runner-up his senior year. Carpenter was a three-time state qualifier, culminating in a Division I State Championship at 189 lbs. in 2004. Jeremy is the only Maumee High School wrestler to ever win a state championship.

Jeremy was recognized as The Toledo Blade Athlete of the Week, Channel 13ABC Ath- lete of the Week, and was voted as team captain by his peers. To this day, Carpenter still holds records at Maumee High School for most takedowns in a season at 192, most career takedowns at 540, most league titles (tied with 7 others) and is also a member of the 100-Win Club (117), with only 8 wrestlers in this category. 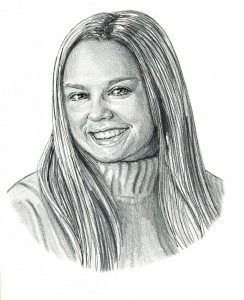 Michelle (Sutherland) Perri earned many awards and commendations for her athletic ability while attending Maumee High School. “Mikki” participated in volleyball, basketball, and track, earned nine varsity letters and was awarded League, District, and State awards in all three sports.

In volleyball, Mikki earned three varsity letters and garnered All-League honors her junior and senior years. In addition, her NW District awards include Honorable Mention her sophomore year and First Team her junior and senior years. In her senior year she was se- lected as co-captain, named the District 7 Player of the Year and earned All-Ohio honors. Perhaps most notably, in 2003 Mikki was a member of the Division II State Semi-Finalist team that went 22-7. In the winter, her “off-season” – she played basketball for three years, earning Second Team All-League honors both her sophomore and junior year.

In track and field, Mikki earned four varsity letters and earned League, District, Regional and State honors all four years. At the OHSAA State Championships, she placed in the top-six each year, and capped off her career by winning the OHSAA Division I State Championship in the high jump with a jump of 5’8” – an MHS record that stands today. Also in her senior year, she was named Gatorade Player of the Year, U.S. Army Reserve National Scholar-Athlete, and received the NLL All-Academic Award.

Mikki was awarded a full scholarship for track and field at the University of Toledo. She was a four-year varsity participant and a co-captain for the 2009-10 season. Mikki placed in the top-eight in the high jump at all eight MAC Championships, and was MAC Runner-Up in both indoor and outdoor meets her senior year. She was selected to the All-MAC Team three times in her career. 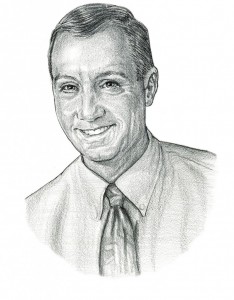 Arriving at Maumee High School in 1972, Dave DuGai quickly got involved in coaching student-athletes. His first year, he was head coach of the freshman boys’ basketball team, smitten with the “coaching bug” by having great success and reaching the NLL Tournament finals. A year later DuGai became head coach of the JV team, continuing to coach for seven more seasons at this level. In 1975, Dave branched over into the baseball program as the JV coach. After nine years of coaching JV, he took over the reigns as the varsity baseball coach. During his next seventeen years as varsity coach, Maumee had a 65% winning percentage. His teams earned two NLL championships in 1985 and 1989. In 2001, he led his team all the way to Columbus and the OHSAA Division I State Championship. He was the Northern Lakes League Coach of the Year three times and NW District Coach of the Year once during his time as varsity baseball coach. All of these achievements and accolades prove that Dave DuGai deserves to be in the Athletic Hall of Excellence & Contribution. Not to be forgotten is his cross-country coaching career, which spanned the course of twenty-seven years from 1980-2007. A five-time NLL Champion, Coach DuGai had unparalleled success; amazingly, his teams went six years without losing a dual meet.

It’s obvious that DuGai was a great coach as proved by his statistics, but perhaps more importantly, Dave gave back to his students in the classroom. Involved with MHS for a total of forty-one years, he was a business teacher for the first twenty-six years, and the Dean of Students for his last fifteen years. In his spare time, Mr. DuGai was the assistant A.D. for twelve years and held leadership positions with the Maumee Education Association for more than twenty years. Dave has given more to the school system than could ever be expected, and he has helped thousands of students throughout his career. We are proud to give this dedicated gentleman a place in the Hall of Excellence & Contribution as a small token of our esteem for his many years of successful work at Maumee High School. 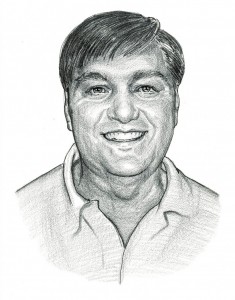 James D. Robinson has dedicated himself to the Maumee High School Panther family since his hire in 1983 and continues to impact the community in 2015 as he earns his induction to the Athletic Hall of Fame, a recognition program he actually helped to start.

Jim was a very dedicated coach and Athletic Director. Most notably, “Robbie” coached the men’s basketball team for 21 seasons. During this time, his team achieved seven NLL championships, five Sectional championships, and two District runners-up. His successes were acknowledged outside of Maumee High School as he was named NLL Coach of the Year for seven years; in 1985-86 both The Toledo Blade and the Associated Press named him Co-Coach of the Year.

As Maumee’s softball coach, Jim achieved similar success. His teams were three-time NLL champions, and Jim was named NLL Coach of the Year each of these years. In 1986, the team’s 28-4 record earned them the District championship. The team was Regional runner-up in 1987 and Sectional runner-up in 1988. During this time, The Toledo Blade named Maumee’s softball team “Team of the Decade.”

During his ten years as Maumee High School’s Athletic Director, he helped grow the girls’ athletic program by adding three varsity sports: gymnastics, golf, and soccer. He also saw the addition of two boys’ varsity sports, hockey and soccer. He was integral in facility improvements including new stadium lights, upgraded turf, and new bleachers in the gymnasium. During his time as A.D, the Kazmaier Open, a golf outing and scholarship program that continues today, was also started.

Jim Robinson’s contributions to high school athletics led to over twenty Coach of the Year awards as well as coaching in twelve District All-Star Games. He was inducted into the Ohio High School Basketball Coaches Association’s Hall of Fame in 2014.