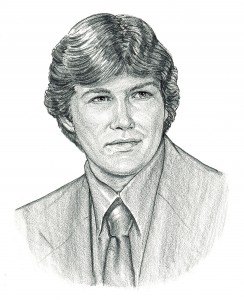 James E. Burkett attended Maumee High School from 1976-1980. Throughout his high school career, he was an outstanding athlete. He played both varsity baseball and football his junior and senior year. During his senior year, he was captain for both sports. While playing football, he helped the team achieve two consecutive 8-2 records. Over four years, the class of 1980 accumulated the most wins, at the time, with a record of 30-5-1.

While playing baseball, he had a batting average of .447 his senior year. He also had a pitching record of 7-3 with an ERA of 1.83. Jim was honored as a Rotary Club guest and also received the “CITI Financial Services Outstanding Football Player Award” for team spirit. As a senior, he won the All-NLL and All-Ohio Award for third base in baseball. As a senior, he also won the All-NLL Offensive Lineman Award and the NLL Lineman of the Year Award in football.

Jim received scholarship offers from several colleges, including Defiance and Tiffin Colleges. Jim carried on his love of sports by coaching. He coached baseball and football for fourteen years while living in Indiana and Ohio and has been the Football Commissioner at St. Rose parish for the past three years.

Jim and his wife, Sue, are the proud parents of 3 children – Ben, Carrie and Pete. 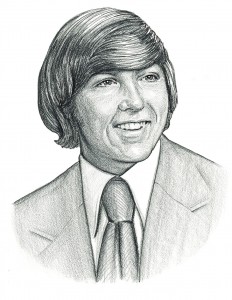 John received many athletic honors, awards and distinctions while attending Maumee High School. During his junior year, he led the team in triples and runs batted in as well as earning 1st Team All-N.L.L. and 2nd Team All-District. As a senior, he received The Bladeʼs “Player of the Week” award for basketball and a most valuable player award. He was also recognized for having the most assists in one game and in one year in 1973. John was the career assist leader at Maumee High School from 1970-1973 with 327. In baseball, John led his team in home runs, runs batted in and extra base hits. During his senior baseball season, he was the team captain and was named 2nd Team All-N.L.L., 1st Team All-District and 1st Team All-Ohio.

Upon graduation, John was offered a baseball scholarship to Bowling Green State University and was also invited to try out for three major league teams. He has continued to be involved in athletics as an adult. John was a coach in the Maumee Little League system for ten years as well as being an OHSAA varsity basketball and football official for 20 and 11 years, respectively. During this time, he officiated several games at the playoff level. John currently resides in Maumee. 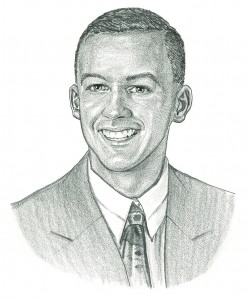 Andrew “Drew” Faulkner attended Maumee High School from 1991-1995.  During those years, he received six varsity letters, four in football and two in baseball. Drew – along with fellow M.H.S. Athletic Hall of Fame inductee, Matt LaVrar – was the first four-time varsity football letter winner from M.H.S.  In addition, he received the honor of 1st Team All-Northern Lakes League (N.L.L.) in his junior (1993) and senior (1994) years.  He was also awarded 1st Team All-District/Region (Northwest Ohio) and 2nd Team All-State in his senior year.  Drew was selected to and played in the 1995 All-Region All-Star football game and was inducted into the National Football Foundation Hall of Fame on March 13 of the same year. Additionally, in baseball Drew was named 2nd Team All-N.L.L. and Honorable Mention All-District/Region (Northwest Ohio) in his senior year (1995), was captain of the 1995 N.L.L.-championship team, and played in the 1995 All-Region All-Star baseball game.

Drew excelled both on and off the field.  He was N.L.L. Senior All-Academic in both football (1994) and baseball (1995).  In 1993 and 1994, he was awarded the Varsity Football Scholar-Athlete Award, and in 1994, he received a proclamation from the Maumee city mayor for excellence in football and academics.  Drew graduated as the M.H.S. Class of 1995’s Valedictorian with a 4.93 G.P.A.  After high school, Drew continued his football career and studies at Princeton University (1995-1999). While there, he played wide receiver and special teams for the Tigers and was a member of Princeton’s 1995 Ivy League Championship team.  He graduated from Princeton in 1999 with a degree in Mechanical and Aerospace Engineering and a minor in African American Studies.  In 2006, Drew earned his M.B.A. from George Mason University’s School of Management.

Drew and his wife, Jennifer, reside in Northern Virginia – just outside of Washington, DC – and are the proud parents of two boys – Ethan and Anderson. 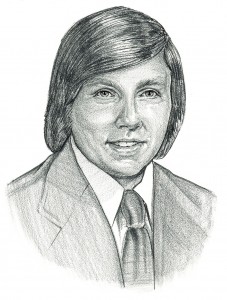 Frank Molinaro attended MHS from 1971 to 1975. While attending Maumee High School, he was not only an outstanding student but also an extraordinary athlete. During Frankʼs sophomore, junior and senior years, he excelled in three varsity sports: football, wrestling and track, earning nine varsity letters. In his junior year, he was voted captain and Outstanding Defensive Lineman. As a senior, he won the senior year MVP and the Butkus Award. As a senior wrestler, Frank placed second in the N.L.L., second in sectionals and fourth in districts. Lastly of Frankʼs high school sports career, he was a three-year varsity participant and letter winner in track, throwing shot put and discus.

Frank went on to attend the University of Findlay where he participated in varsity football for four years. He was a three-year starter and captain of the 1978 NAIA Division II National Runner-Up Championship team. He was a 1st Team Hoosier Buckeye Conference linebacker and 1st Team NAIA District 23 linebacker. Not only an excellent football player, he received the Scholastic Award his senior year for having the highest GPA of all team members.

After graduation, Frank went on to coach Pop Warner Football and PAL Football for over 15 years. He has served as president for the organization for over 5 years and won numerous division titles. He also coached and served as vice president of little league for many years.

Today Frank resides in Barnegat, NJ, has been married for 26 years to his wife Michele and has two sons, Robert and Frank. He has been employed by Siemens Corporation as Director of Business Administration for the past 23 years. Frank has a B.S. in accounting and marketing from the University of Findlay (1978) as well as an MBA from Monmouth College (1984). 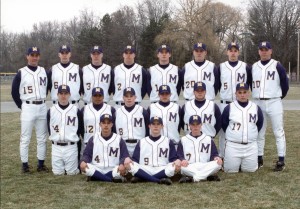 The 2001 Maumee High School varsity baseball team ushered in a new standard for future MHS baseball teams. Winning thirteen out of their final fifteen games was no small achievement of this teamʼs season – they went on to earn sectional, district and regional championship titles as well. The team marched into the regional tournament and won their semi-final game vs. Cleveland St. Ignatius, 4-1. They then defeated the number one seeded team in the state, Mansfield Madison, in a thirteen-inning shootout that ended 2-1. In the state semi-final game against Youngstown Boardman, they dominated 9-5. Unfortunately, the team could not prevail to a victory in the next game and was defeated by Dublin Coffman High School in the state finals.

The sixteen players of the state runner-up team, under the leadership of David DuGai, Pat Phillips and Buzz Rothenbuhler, set the bar high. They were the only team in Maumee High School history to advance to state finals in any sport. Although they lost in the state tournament, the triumphant team proved to be a source of strength and pride for Maumee.