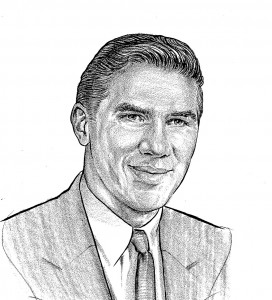 Larry E. Bailey attended Maumee High School from 1952-1956.  During his athletic career, he participated in track, baseball, basketball, and football. Track was Larry’s calling, winning 4 letters in the sport.  He also won 2 letters each in basketball and football and 1 letter in baseball. Bailey received nine honors in track and two in baseball throughout his career at Maumee.  Not only was Larry a member of the Varsity Club his senior year, he was a member both his sophomore and junior years.

He was co-captain of the track team his senior year and set an MHS record for the 440-yd. dash, clocking a time of 52.06 seconds.  Larry worked for Plaskon Corp. from 1956-1990, where he participated in fast pitch softball and the company’s golf league.  Bailey later coached the Marshall School’s baseball team to championships in both 1965 and 1966, a team on which his son Skip was a member.  Larry Bailey was highly involved in the sports of his 3 boys and 2 girls. 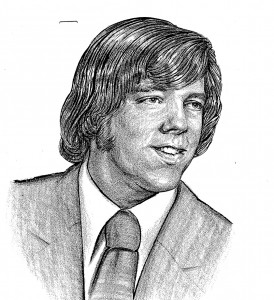 Dan “Freezer” DeChristopher was a 1976 graduate of Maumee High School where he was a three-sport athlete, participating in football, wrestling and track.  Dan earned 8 varsity letters throughout his career.  As a sophomore, Freezer earned his first varsity letter for wrestling.  That year he was a sectional finalist and a district qualifier.  As a junior, he was the NLL league champion, as well as sectional and district qualifier.  Throughout his years as a varsity wrestler, he won numerous other individual championships and placements.

In football, Dan was the team captain and a member of the All-NLL team his senior year, earning this designation as both a linebacker and offensive tackle.  In addition to being a 2-way all NLL selection, Dan was selected as First-Team All-District honor his senior year for his play at offensive tackle.  Dan was also selected by his teammates as the Most Valuable Lineman Award that year.  He was 2nd team all-NLL as a junior.    The 1974 and 1975 football teams were NLL Champions.  The 1975 team finished with a record of 9-1, narrowly missing the first-ever Ohio High School Football Playoffs.

After graduating from MHS, he received an athletic scholarship to Eastern Michigan University for football.  Dan earned 3 varsity letters at Eastern, starting at offensive guard for 2 years.  He was in various positions in the automotive financial services industry for over 30 years.  Dan and his wife Ellen have two sons, Ryan and Jeffrey. 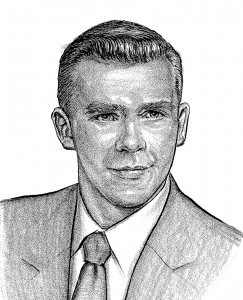 Mike Emerson attended Maumee High School from 1952 to 1956.  During his four years of attending MHS, he participated in football, baseball, basketball, golf, and track.  As a senior, he was awarded the Maumee Chamber of Commerce Student-Athlete Award.  Also, while he was a senior, he was captain of the varsity football team and received the Toledo Blade Sportsmanship Award.  In every sport that he participated in, he received his letter.  In fact, he received a total of 8 varsity letters.  During the 1954-1955 school year (his junior year), he was elected co-captain of the varsity football team.  The class of ‘56 considered him the “All-Around Jock.”

After Mike graduated, he received football scholarship offers from BGSU, Miami (OH), and Montana State.  Upon graduation, he was honored by local philanthropist, Frank Stranahan, who offered to fully pay for Mike’s tuition to any Ivy League college of his choice.  Mike now resides in New Port Richey, Florida with his wife.  He has two daughters and one son.  After working at Owens Corning for many years, he retired.  Although golf is still a sport that Mr. Emerson plays often and very much enjoys, football will always be the sport that he so loved. 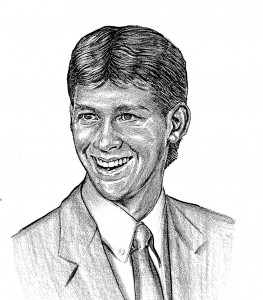 Matt Myers received his education at Maumee High School from 1984 to 1988.  While attending MHS, Matt excelled not only track and field but also basketball.  Early in his high school career, Matt received his first varsity letter in track and field as a sophomore.  In basketball, Matt was rewarded for his hard work by being recognized as an All-League and All-District performer during his junior and senior years.  Myers was voted District 7 Player of the Year in 1988 and was a recipient of the Maumee Boosters Scholar-Athlete Award.  To top off his senior year, Matt was chosen to represent northwest Ohio in the North/South All-star game in Columbus.  Matt continued his basketball career at Wittenberg University.  Today, Matt and his family reside in Perrysburg. 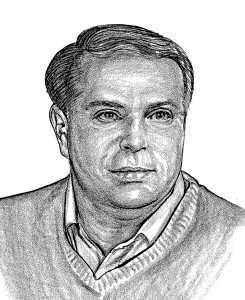 Hal was born in Fremont, Ohio, in 1946.  In 1964 Hal graduated from Springfield High School, where he won nine varsity letters and was inducted into the school’s hall of fame in 1988.  He went on to receive a bachelor’s degree from Henderson State University in Arkansas and a master’s from Bowling Green State University.

Coach began his teaching and coaching career in Gurdon, Arkansas, then quickly moved to Maumee and Gateway Middle School in 1969.  At Gateway he taught math and physical education while coaching at Maumee High School as the head baseball coach and assistant football coach.

From 1969-1984, his Panther baseball squads went 195-105 with four Northern Lakes League titles.  In 1984 he took over as head football coach and in fourteen years posted an 84-56 regular season mark.  His gridders won three NLL championships and made two state playoff appearances.  LaFountaine’s 1986 team was 10-0, the only MHS team to accomplish this feat.

Hal also worked in the Maumee city summer recreation department.  He was president of the Northwest Ohio Football Coaches Association and served on its advisory board.  In 1995 he was tabbed as assistant coach for the Big 33 Football Classic in Hershey, Pennsylvania.  He was an honored coach for the Wistert Chapter of the National Football Foundation in 1994.  In 1999, Hal received the Wayne “Pete” Moore Award for his outstanding contribution to northwest Ohio football.

Hal was married to Susan in 1967 and they have three children: Nancy LaFountaine, Ruth Dotson, and Edward LaFountaine, and a foster son, Dennis Braziel.  All are MHS graduates.  There is a total of nine grandchildren; Haley, Elizabeth, Abigail, Chandler, Jeffery, Zachary, Denita, Derrick and Desmond.

Hal “Coach” LaFountaine passed away November 14, 2007, after a long battle with pulmonary fibrosis. 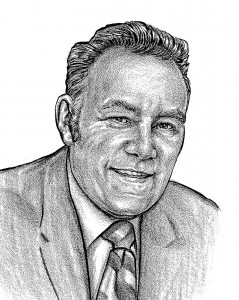 George was the head basketball coach throughout most of the 50’s and not only trained many good basketball players, but helped the players develop their skills and create many winning MHS teams.

The players not only learned to hone their skills and win games for our high school, but they learned a sense of responsibility, respect, loyalty and dignity, by example, from George Schmidt.  Because of his influence in their lives, many of his players went on not just to be better athletes, but to being people with high moral values and of great character themselves.

George was also an assistant football coach under Cliff Conrad during the 50’s, and his participation touched the lives of many footballs players in the same way.  George later went on to be a student counselor at Maumee High School and held that position until he retired.

However, George did not retire from his interest in the athletic programs of MHS.  During both the football and basketball seasons, George could often be found sitting in the bleachers at many of the games, usually with a former student athlete he coached.

When it was time for one of the classes of the 50’s to hold a reunion, George and his wife, Donna, were always on the top of the VIP invitation list and it is believed that they have never or seldom missed a Class Reunion. 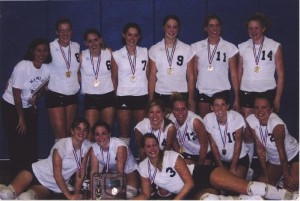 The 2003 varsity volleyball team began playing at the varsity level as freshmen and sophomores.  During the 2003 season, they posted a 22-7 overall record and tied for third place in the Northern Lakes League (this third place finish continues to be the highest since the early 1980’s).  They were sectional champions in 2001, 2002 and 2003.  They were also district semi-finalists in 2001 and 2002 and managed to be district champions in 2003.  The team went on to win the regional championship in 2003 and finally bowed out as state semi-finalists that year.  They are the only volleyball team in school history to qualify for the state tournament.

There were numerous players who received All-Academic, All-League and All-District accolades as well as two underclassmen who earned All-State recognition for Division II the following season (2004).