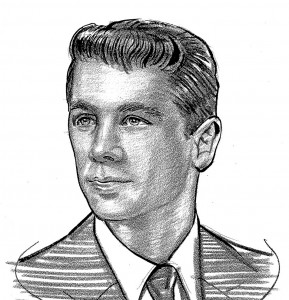 He attended Defiance College from 1959-1963.  He played football there for four years as a wide receiver and defensive back.  He was 3 years All Conference and All-American (NAIA) 1961 and Team Captain in 1962.  He still holds the pass-receiving record for Defiance College.

In professional football (1963) he signed with the San Diego Chargers and played wide receiver for the Toledo Tornadoes.

His football coaching career consists of:

Skeeter married Deborah Couch in 1963 and they had five children: three girls and two boys. 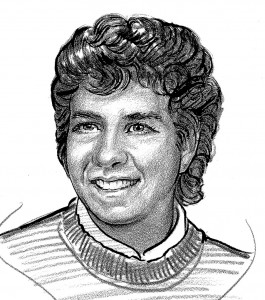 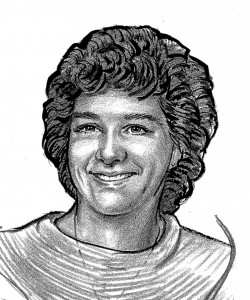 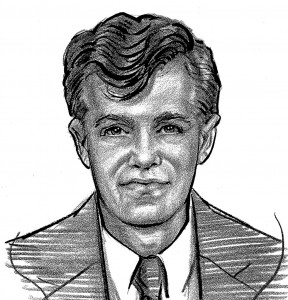 Mike attended Bowling Green State University from 1939 to 1943.  Freshmen could not participate in varsity sports but he won numerals in football.  He lettered in basketball under Coach Paul Landis in 1940-41 and 1941-42 and lettered under Coach Harold Anderson in 1942-43.  They won 20 games and lost 5.  He was Coach Harold Anderson’s first basketball captain at BGSU.  During his senior year, he had approval to coach Webster High School to a 22-win and one loss season.  He graduated from BGSU with a B.S. in Education.

From 1943-45 he was in the United States Navy and played on St. Mary’s College (California) Naval Pre-Flight basketball team. They won 25 games and lost 0.  Hank Lusetti of his team invented the one hand jump shot so popular today. This team finished #4 in U.S.A. ratings.

Mike was a teacher/coach at Bryan High School from 1945-47.  Lynn Nicholas, Superintendent, formerly at Maumee High School, hired him.  The basketball team was undefeated during the regular season.

From 1950-58, he was a teacher/coach at Upper Arlington High School, Columbus, Ohio.  He coached golfer Jack Nicklaus for three years in basketball. This team won the Central Buckeye League in 1957 with 16 wins and 4 losses.

Mike married Eugenia Schwartzbek from Bryan, Ohio in 1946 and they had two sons and one daughter, Jon, Tim, and Kimberly. 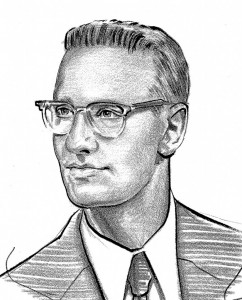 While at Maumee High School, Chuck ran track for four years, setting a school record in the pole vault and participating in the record setting mile relay team.  He also played basketball for four years, making the Northern Lakes League All-Conference Team both his junior and senior. Chuck’s four years of football saw him being chosen as the N.L.L. Outstanding Quarterback and league leading punter.

Chuck attended Ohio University on a football scholarship and was a member of the 1960 National Championship team that went 10-0 and played in the Sun Bowl in El Paso, Texas.

After graduating form Ohio University with a Bachelor of Arts, Chuck furthered his education at the Ohio College of Podiatric Medicine and received his Doctor of Podiatric Medicine Degree in June 1968.  In 1968-69 he received his residency training in foot and ankle surgery at the Cleveland Foot Clinic and Hospital.  Chuck was given the Outstanding Resident Award, the Gafford ethics Award and first place in the Resident’s Research Thesis.

After his residency, Chuck returned to Toledo to set up a private practice.  During this time, he established the Podiatric Residency Program at Riverside Hospital and served as its director from 1977 to 1983.  Chuck also served as an officer on the local and state levels of the Ohio Podiatric Medical Association.

As a member of the Academy of Sports Medicine, he has maintained his interest in sports by serving as a consultant in sports injuries for both Bowling Green State University and the University of Toledo.  He and his wife, Sally, have three children: Jennifer, Allison, and Chip. 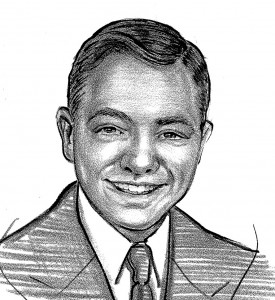 While at Maumee High School, Jack was a four year varsity letterman in baseball and was captain of the baseball team his senior year.  He played every inning but the first two of his freshman year.  In football also he earned four varsity letters, three as a manager and was the extra point kicker as a senior.  In basketball he earned three varsity letters as a team manager.  After high school he played Toledo Federation baseball for 13 years.

Jack served 2 1⁄2 years in the U.S. Army from 1960-62.  He was an Airborne-Ranger with the 1st Infantry Division.  He was All Army in Diving in 1960 and on the Army Olympic Tryout team in 1960 and placed 4th in the World Military Games held in Berlin, Germany.

He has taught at Erie Mason High School in Erie, Michigan in Health and Physical Education. He was the Outstanding Educator of America in 1970 and was the Athletic Director 14 1⁄2 years from 1978-1992.  Jack’s coaching career consists of the following: