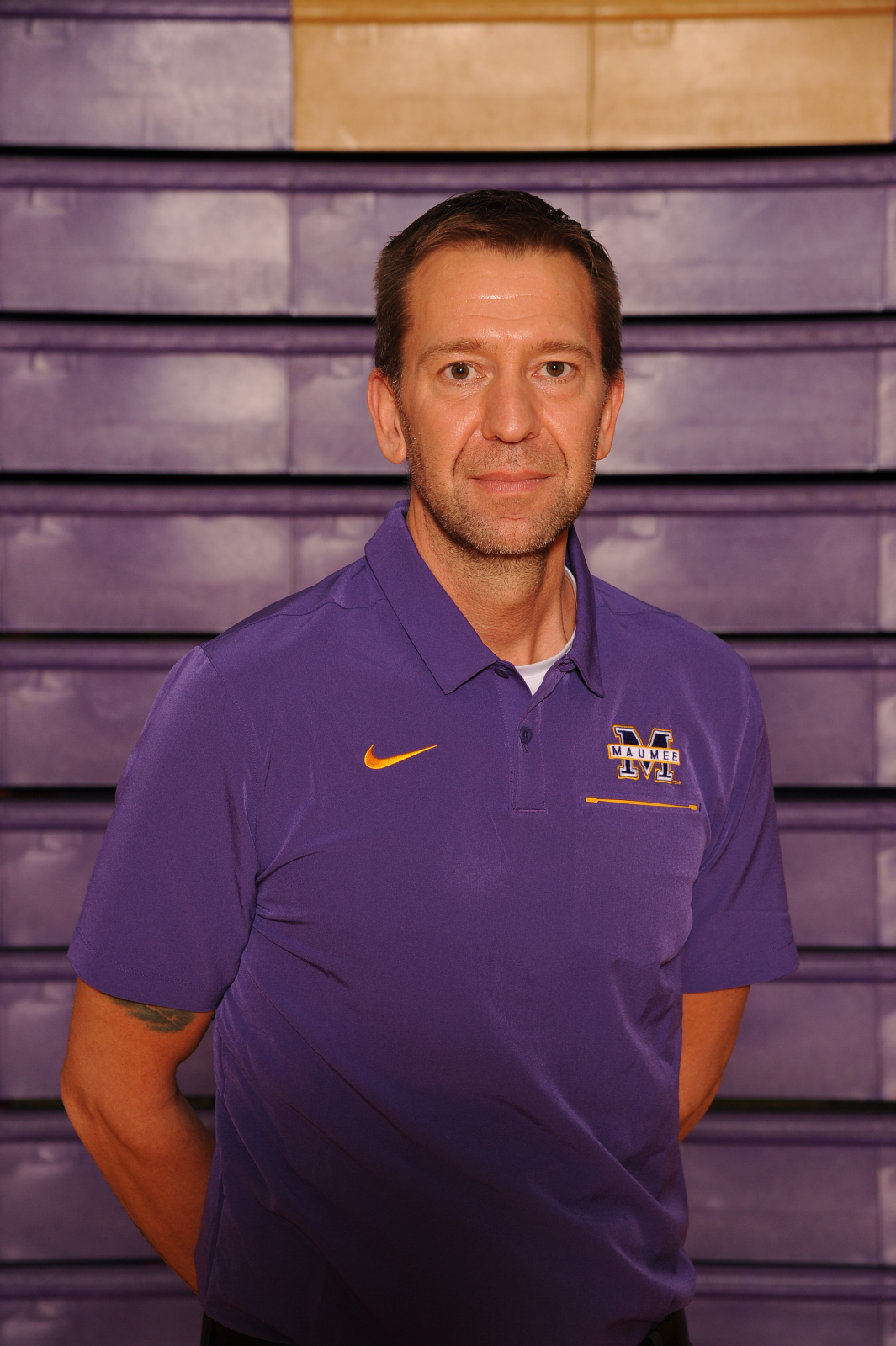 College: Ryan was a member of the United States Navy: Aviation Ordnance. He was stationed on the USS Theodore Roosevelt CVN-71. He graduated from Baptist Bible College in 1998 with a Bachelor of Ministry in Biblical Studies. In 2000 Ryan attended Liberty Bible Institute and received a Theology Bible Degree. In 2005 Ryan received a Bachelor of Science in Religion and in 2008 a Master’s of Education in School Counseling from Liberty University. In 2013 Ryan received his Doctorate in Christian Counseling from the University of Christian Seminar and Studies.

Experience: Ryan has 14 years of coaching basketball, including several at the elementary level. He has also coached 7 years of baseball.

Family: Ryan has been married to Missy since 1995. They have three children Kramer, Averi, and Elise 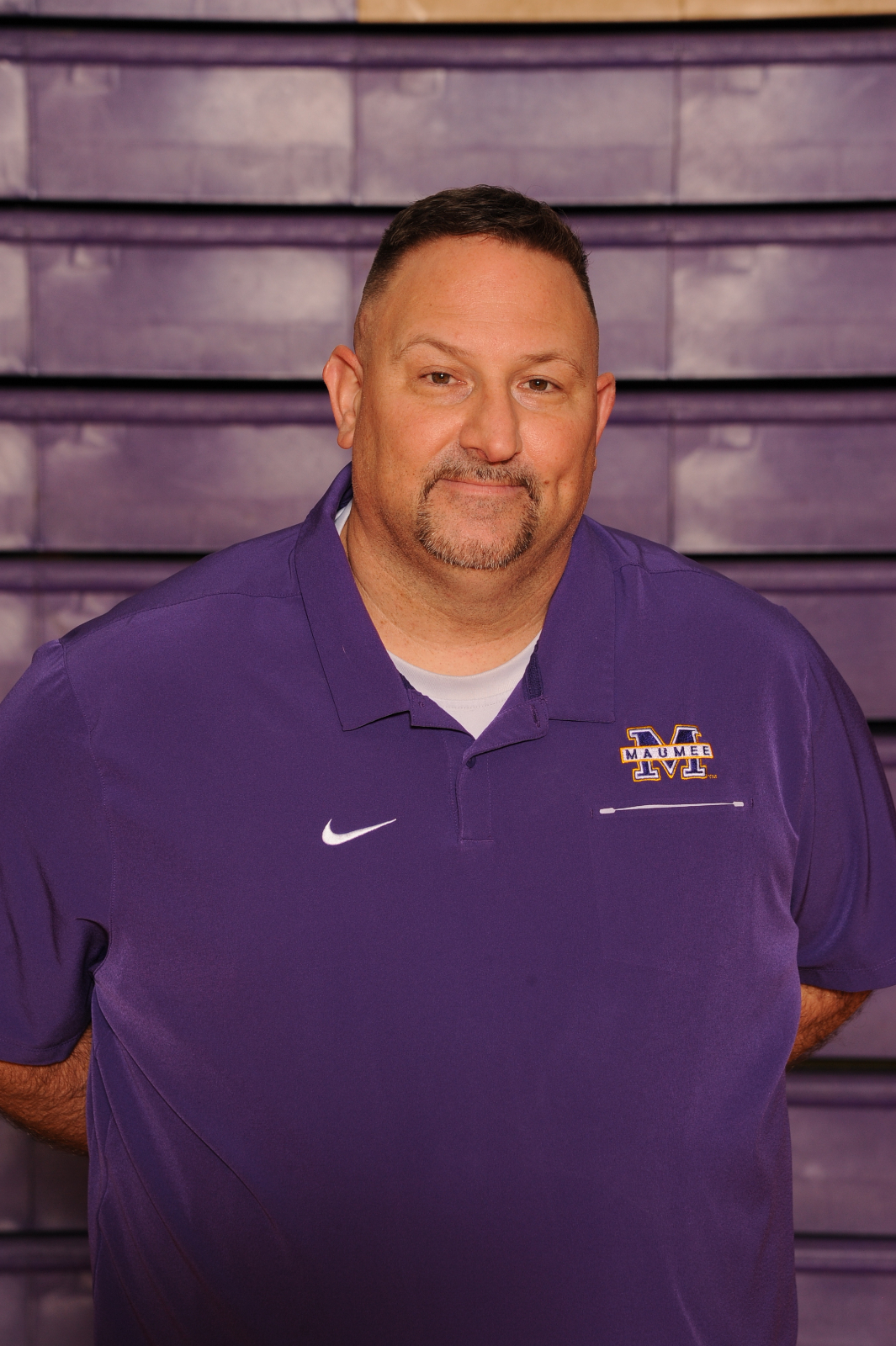 Family: Jim has been married to his wife Michelle for 23 years. They have 3 sons, Jacob (2018 MHS graduate), Spencer (senior at Penta Career Center) and Parker (8th grade at Gateway Middle School). 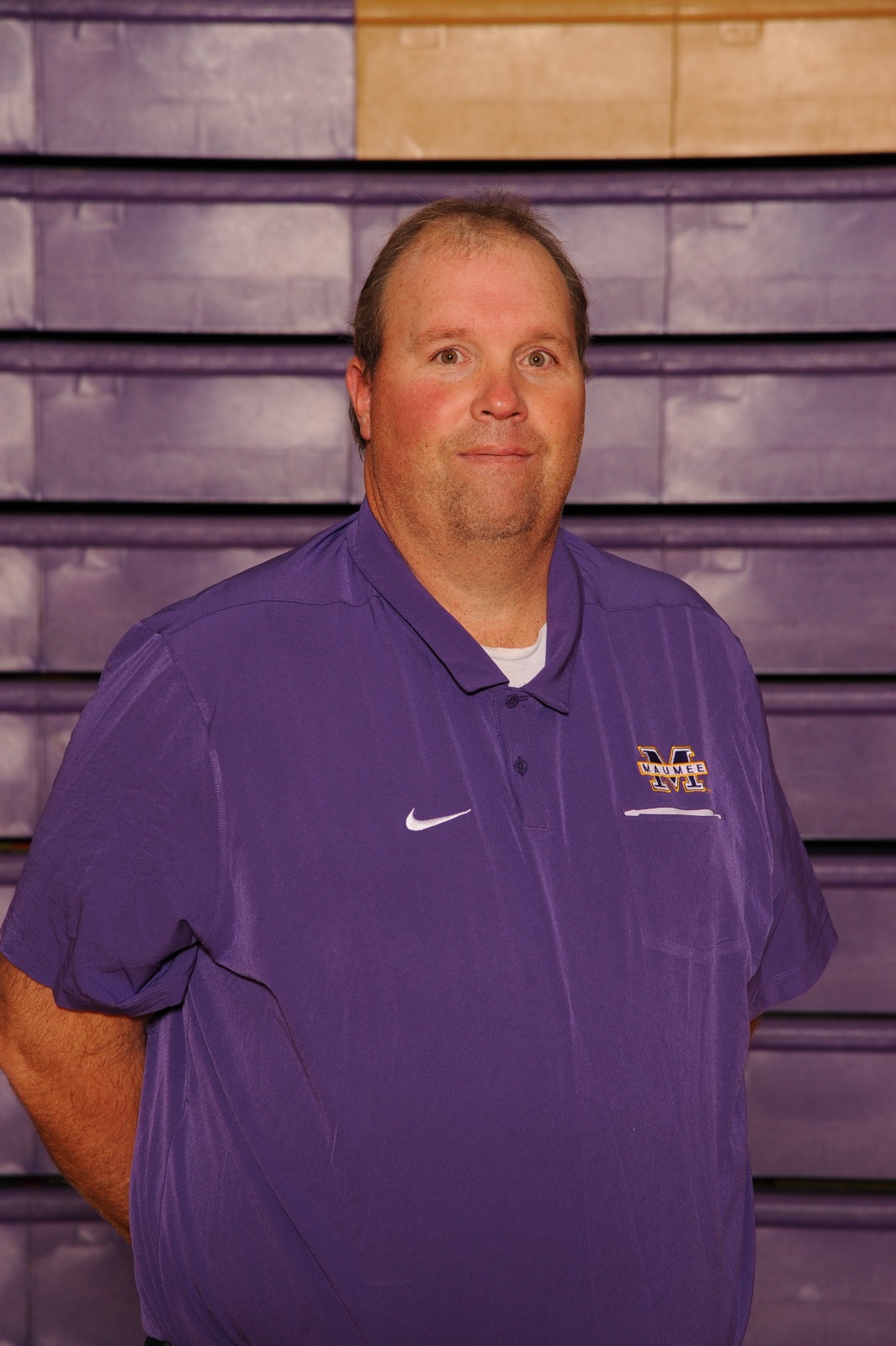 High School: Brad is a 1988 graduate of Toledo Central Catholic. Brad played 4 years of football and 2 years of basketball. In football, he earned 2nd Team All-City and Honorable Mention All-District for the 1987 season. His team was Red Division Champs, City League Runner-Up and qualified for the state playoffs.

Experience: Brad has coached many levels of varying sports over the past 31 years. His coaching experience includes a stint as head girls’ basketball coach at Cardinal Stritch High School.

Family: Brad is married to his lovely wife, Beth, who is his biggest supporter. They have been married for 24 years and have three children: Caitlyn (‘18), Paige (senior at MHS) and Lila (7th grade at Gateway Middle School). 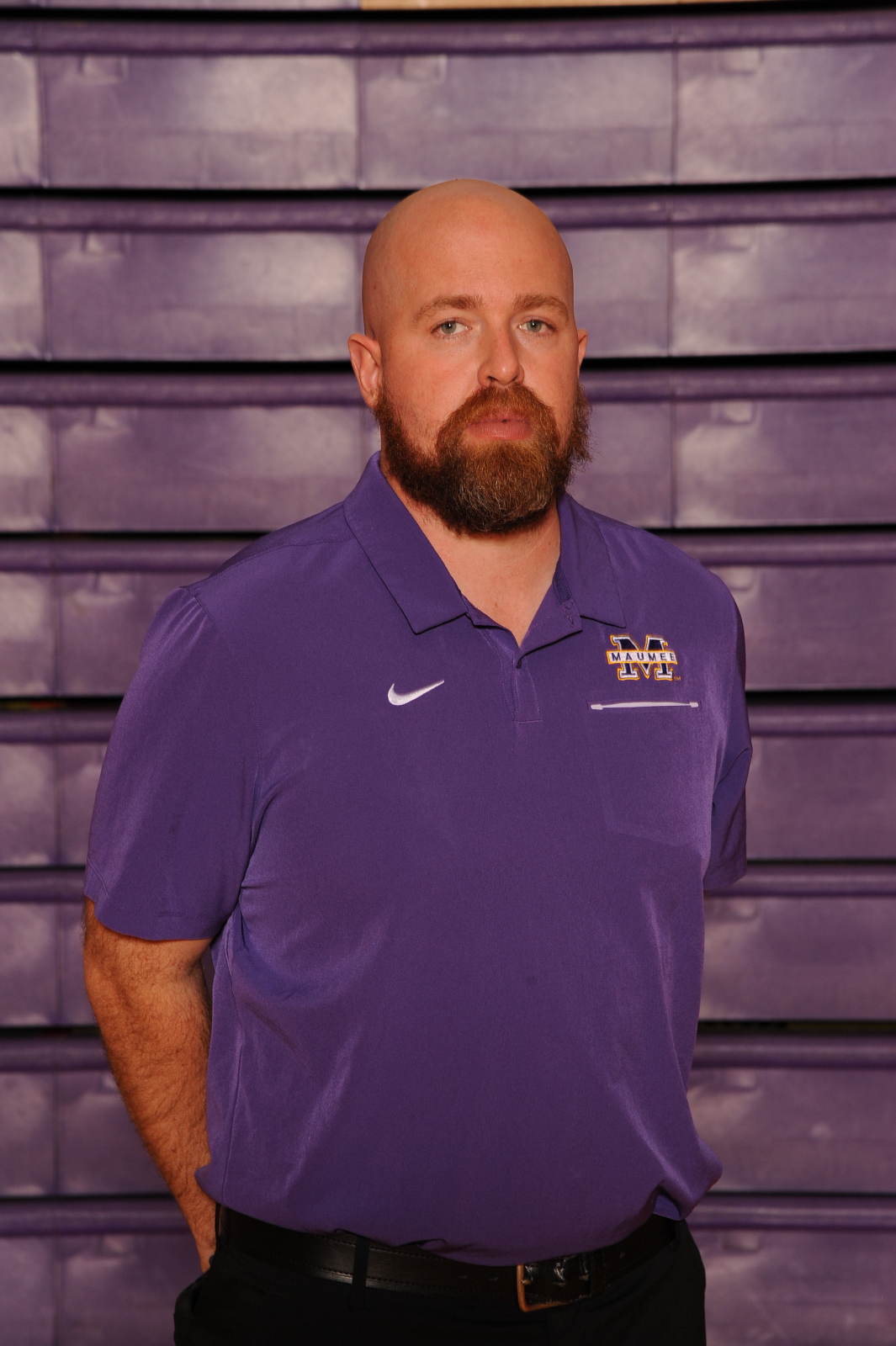 Family: Stephen is married to Lauren. They have 3 children, Seeley (4), twins Jovie and Lana (2). 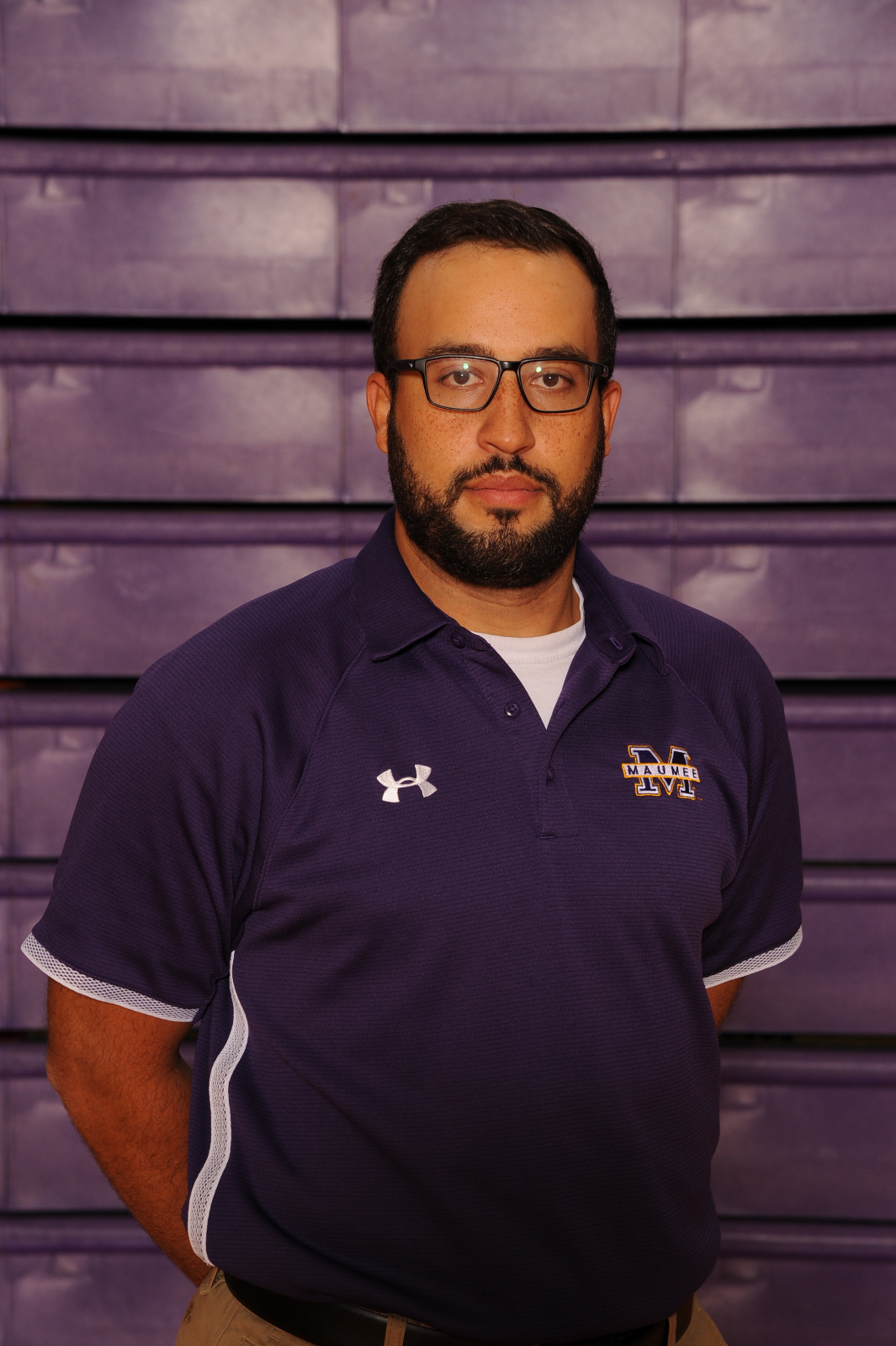 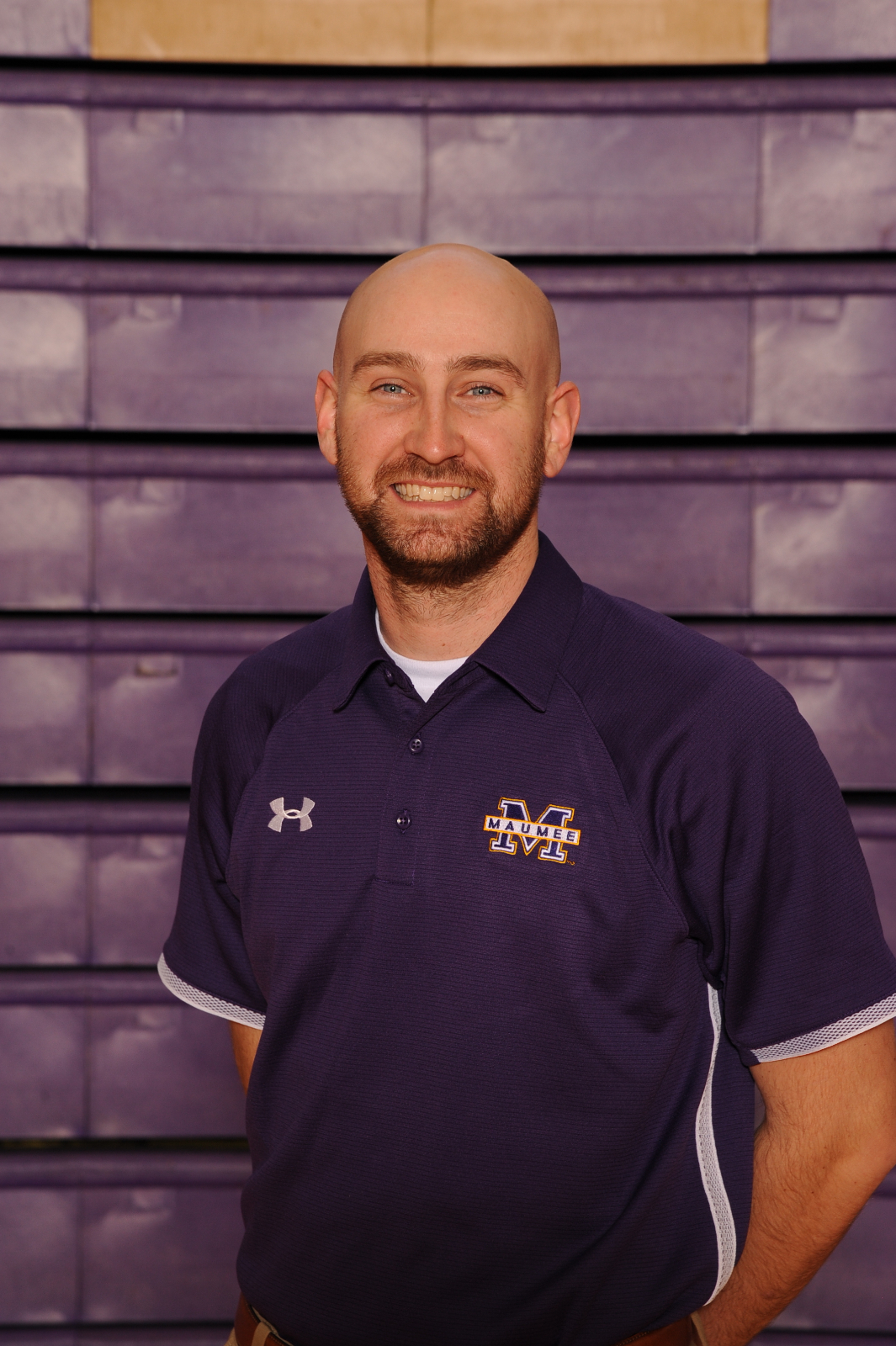 College: Ryan is a 2016 graduate of Bowling Green State University. 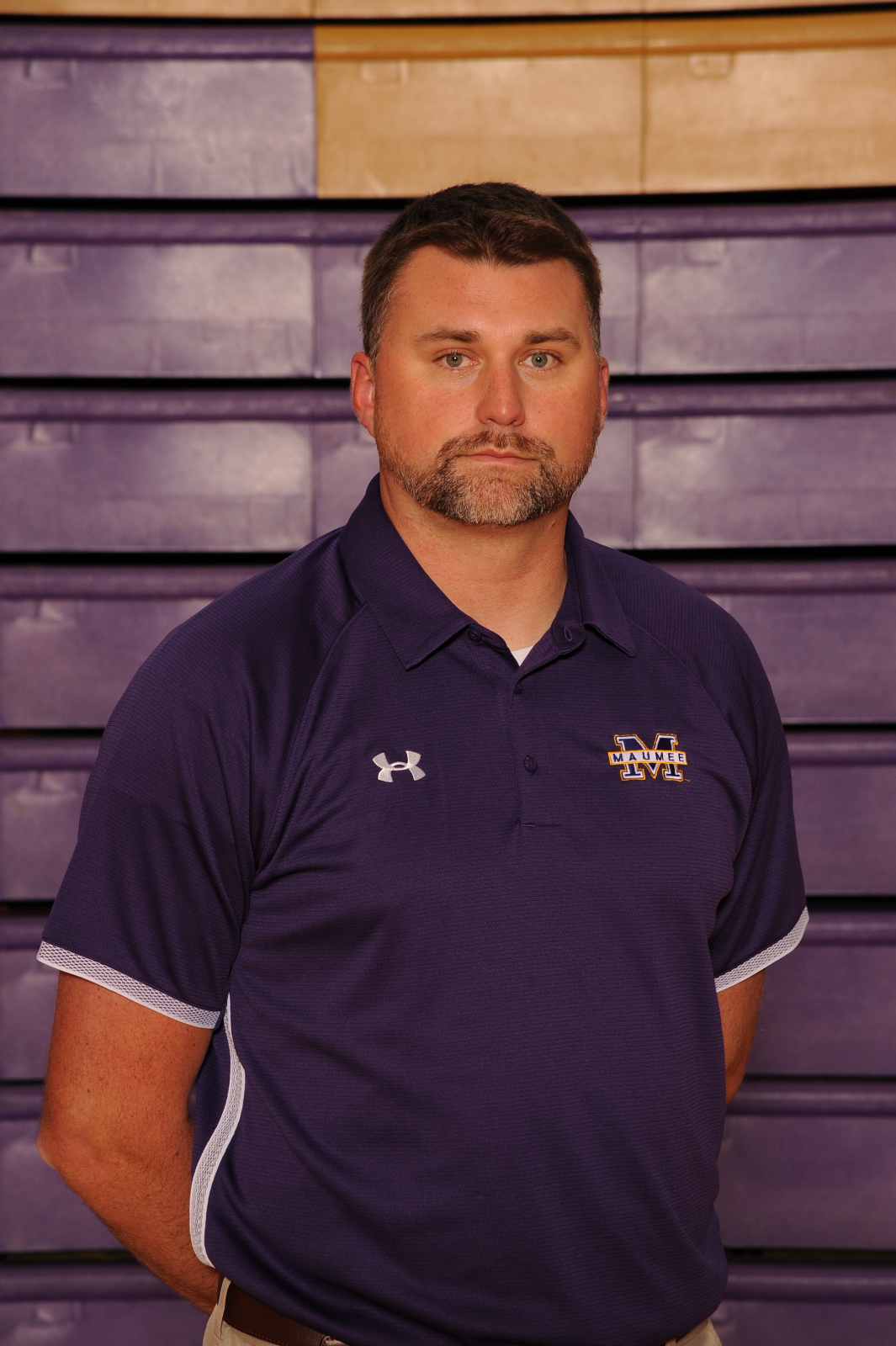 High School: Tom is a 2005 graduate of Connetquot High School (Long Island, New York). He was the Most Outstanding Male Athlete in 2005, All League/All County Player in 2004-2005, and is an Athletic Hall of Fame Inductee.

College: Tom is a 2010 graduate from the University of Toledo. While attending UT, Tom played Tight End on the football team from 2005-2009.

Family: Tom has been married to Amanda for 3 years. They have a daughter Kennedi (13 years), son Jet (2 years), son Colton (9 months), and dog Brady. 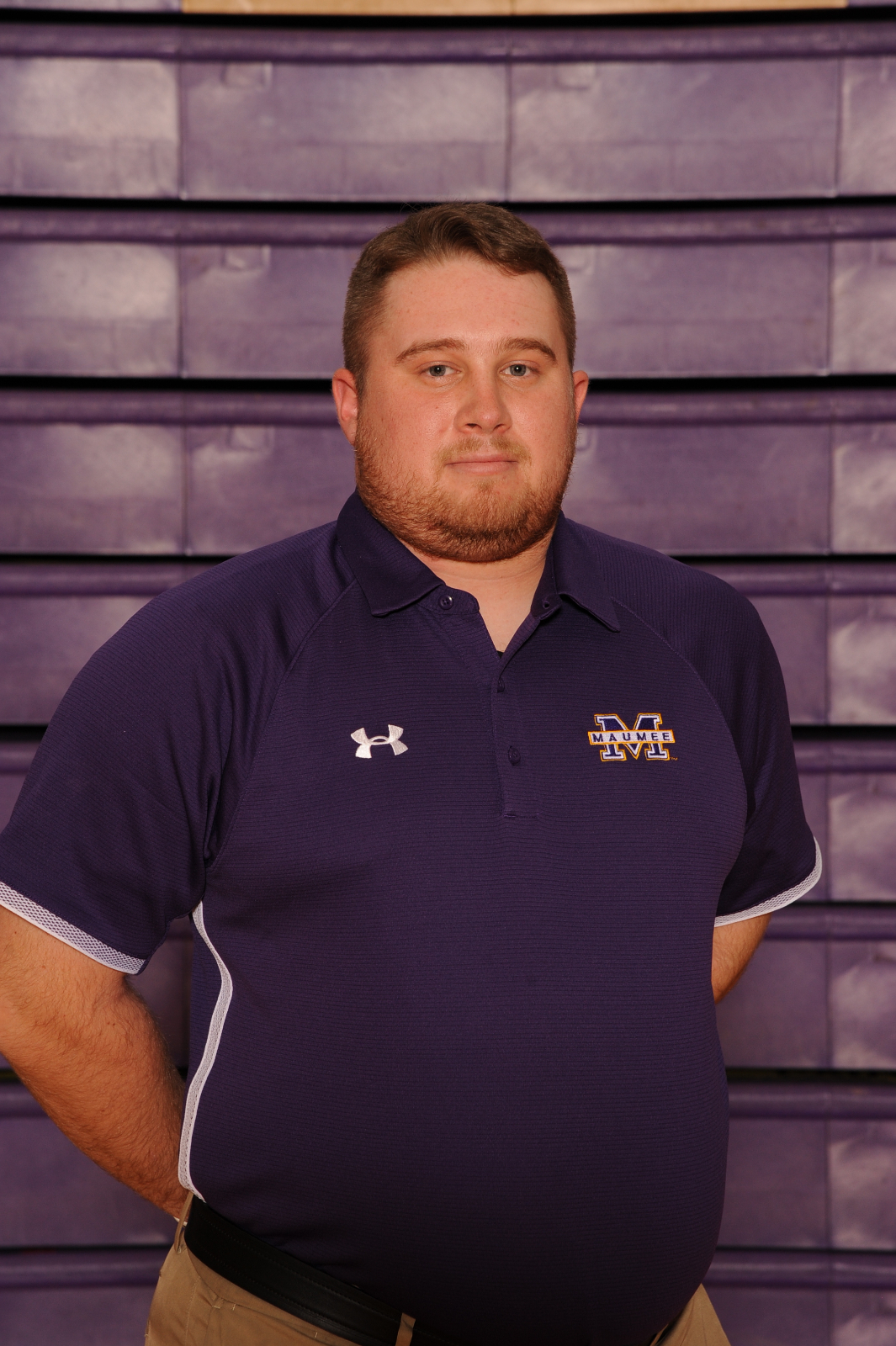 College: This fall James will graduate with his Associates Degree from Owens Community College in Education. Afterwards he will be finishing his degree in Secondary Education at Bowling Green University.

Family: James comes from a big family. He is the oldest of 6. 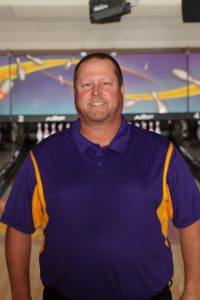 Experience: This is Brian’s 1st year coaching bowling at MHS but has been an avid, competitive bowler for over 40 years. Brian has coached football, girls basketball, and track & field at the middle school level as well as travel softball for over 30 seasons. 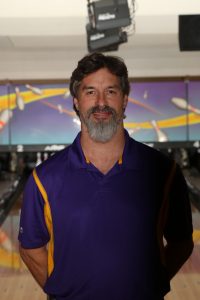 College: Marty attended The University of Toledo for one year. He then joined the Marine Corps from 1984-1988.

Experience: This is Marty’s 8th year coaching the Maumee bowling team. Marty has been at the Timber Bowling Lanes since 1988. He also coached the Junior League at Timbers from 1991 to 2002 and ran the pro shop from 1989 until 2004.

Family: Marty has 3 children, Gabby (in the business with Marty), Drew is in the Marine Corps, and Haley is a junior at Springfield High School. 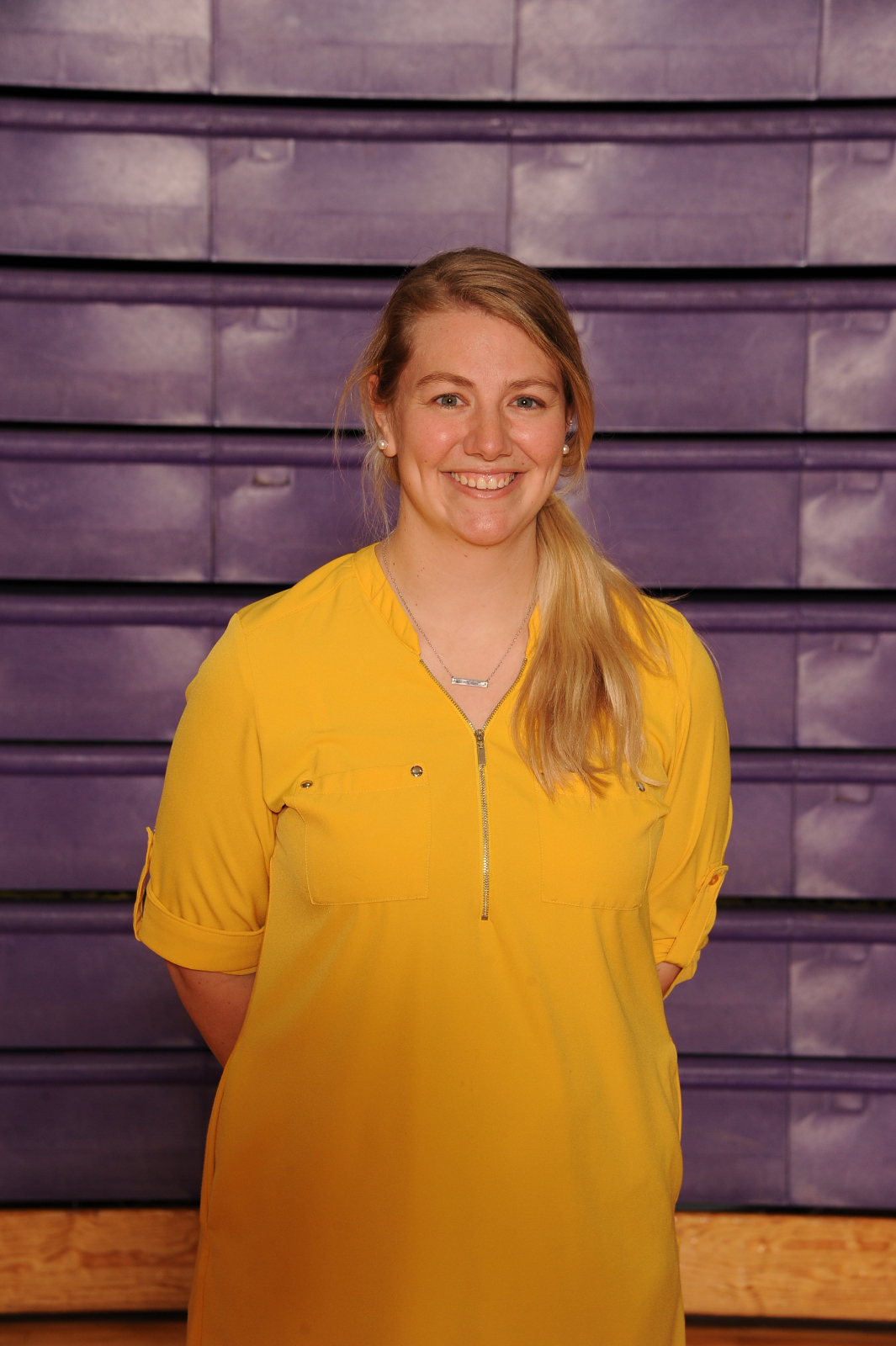 Experience: Emily began her coaching career in 2009. She has coached all levels of cheerleading including youth, middle school, high school, and all-star. Prior to coaching at Maumee, Emily coached for 3 years at Springfield High School. While coaching at Springfield, the competitive cheer squad qualified twice for State Competition and was a National qualifier. While at Maumee, Emily coached the 2016-2017, 2017-2018, & 2018-2019 (5th at state), 2019-2020 state qualifying competitive cheer squad.

Family: Emily is married to Todd. They have one son, Cormac. 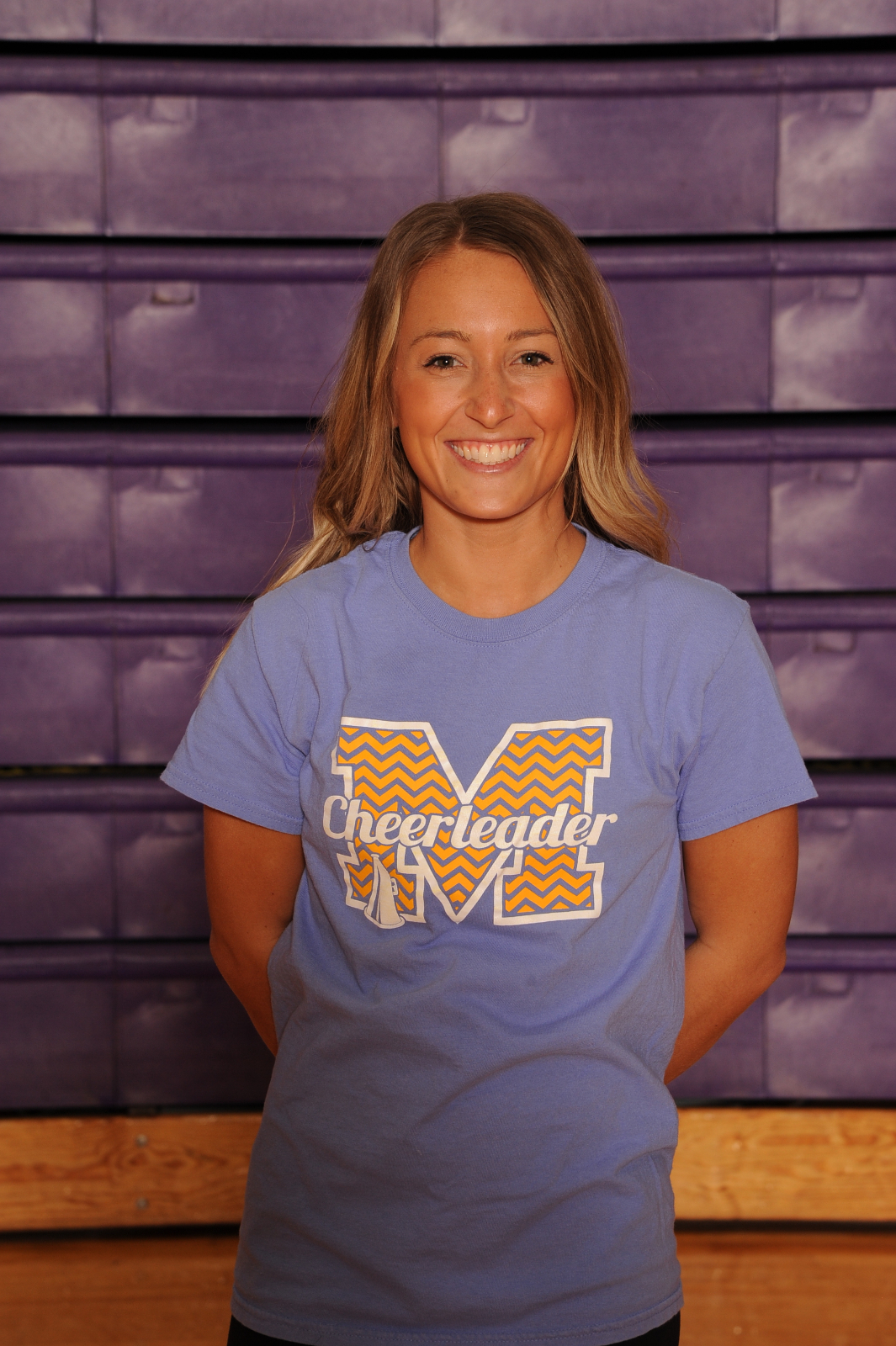 High School: Ashley is a 2008 graduate of Clay High School.

College: Ashley is a 2013 graduate of the University of Toledo.

Family: Ashley is married to Josh. They have a sweet little boy, Jack, and a sweet princess pup named Maddie Fox. 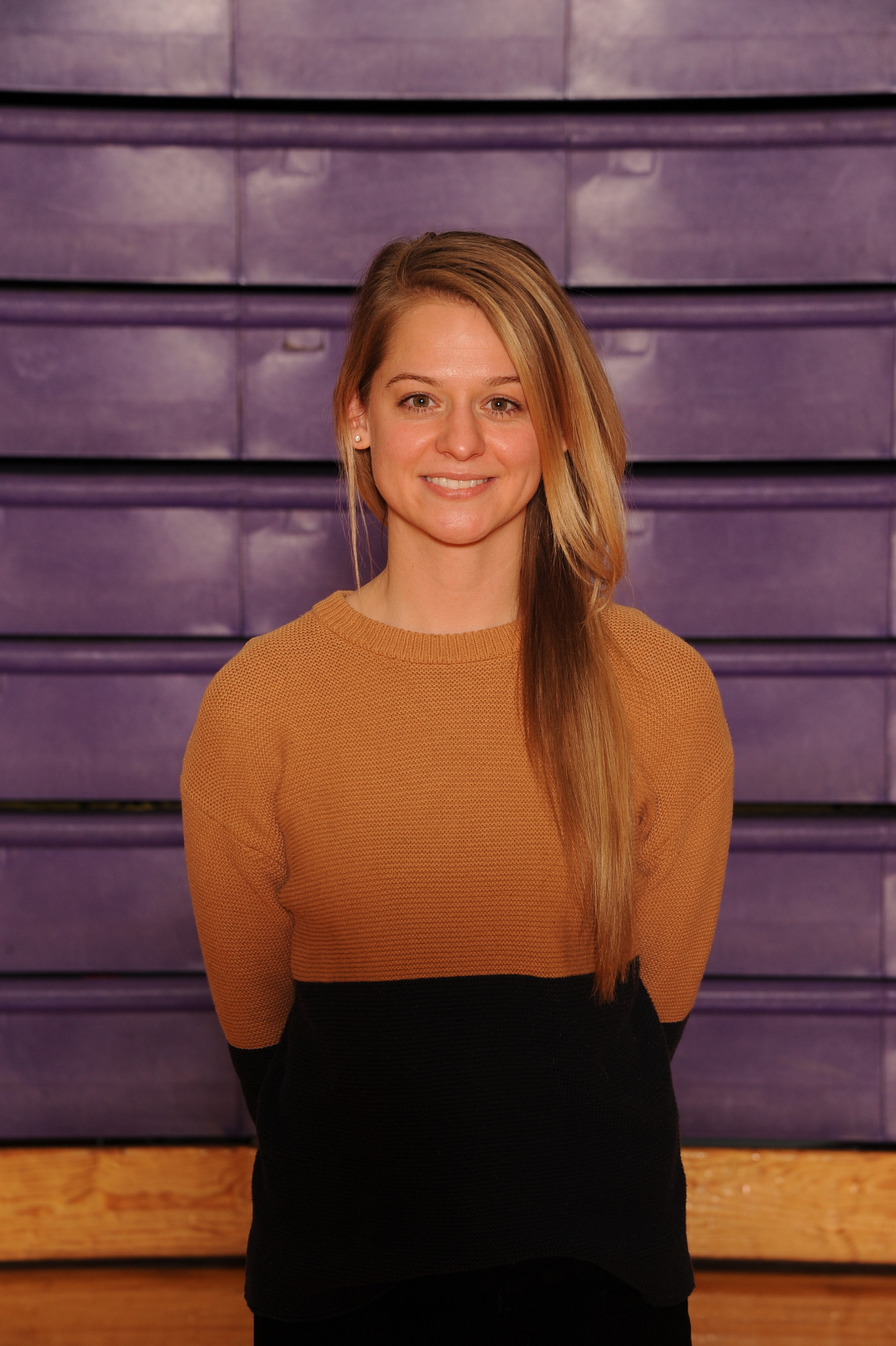 College: Erin is a 2017 graduate of the University of Toledo with a Bachelor’s of Science in Healthcare Administration. She is currently back in school at Mercy College of Nursing.

Experience: This is the beginning of Erin’s coaching journey!

Family: Erin’s parents currently reside in Maumee. Erin’s brother is also a Maumee graduate! She has 2 dogs and loves them dearly!! 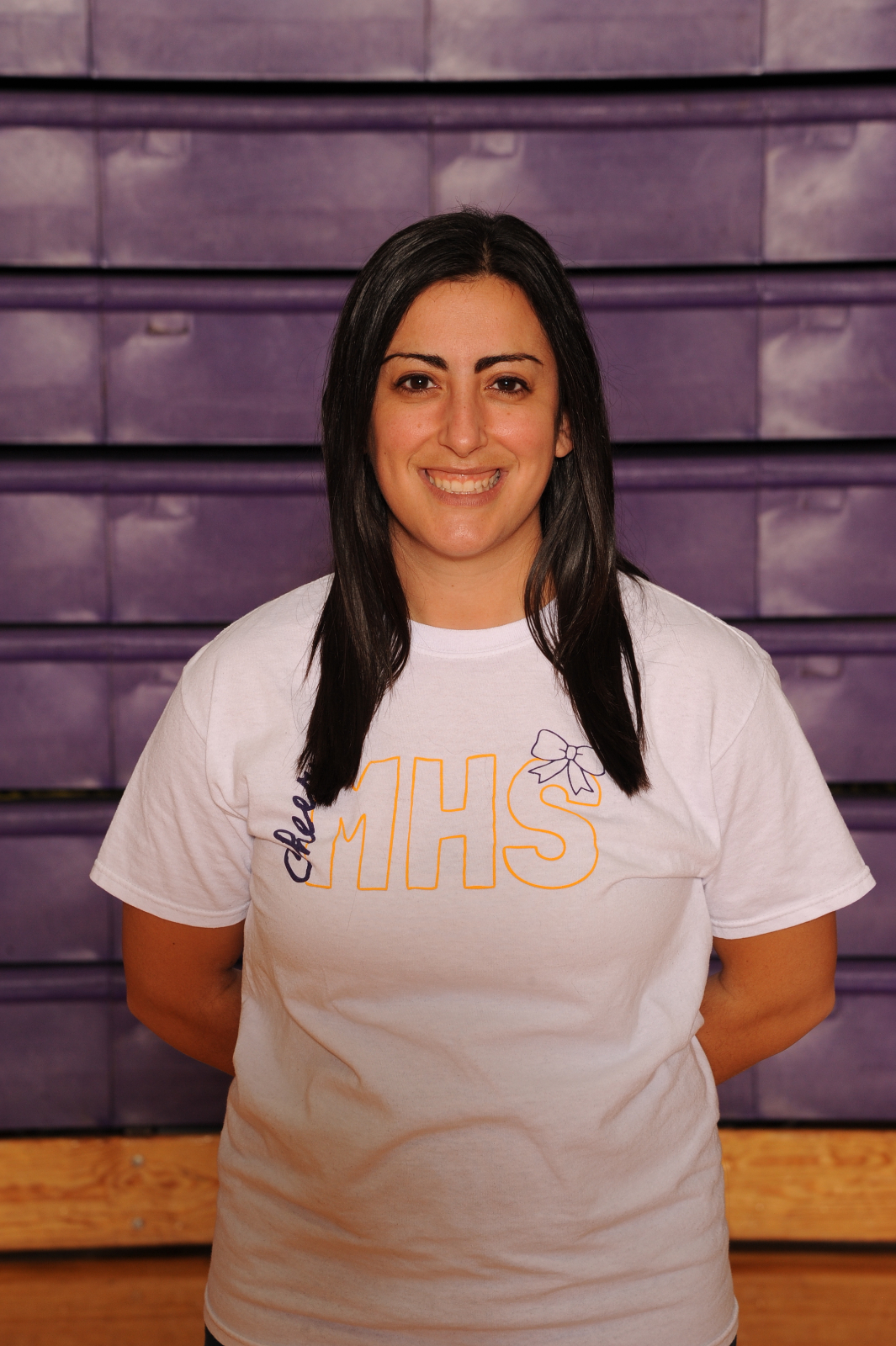 Experience: This is Kate’s second year coaching cheerleading. She is also an assistant coach for Maumee Track and Field.

Family: Kate is married to Brendan (‘09 grad). Their dog Nellie is also a Panther Fan! 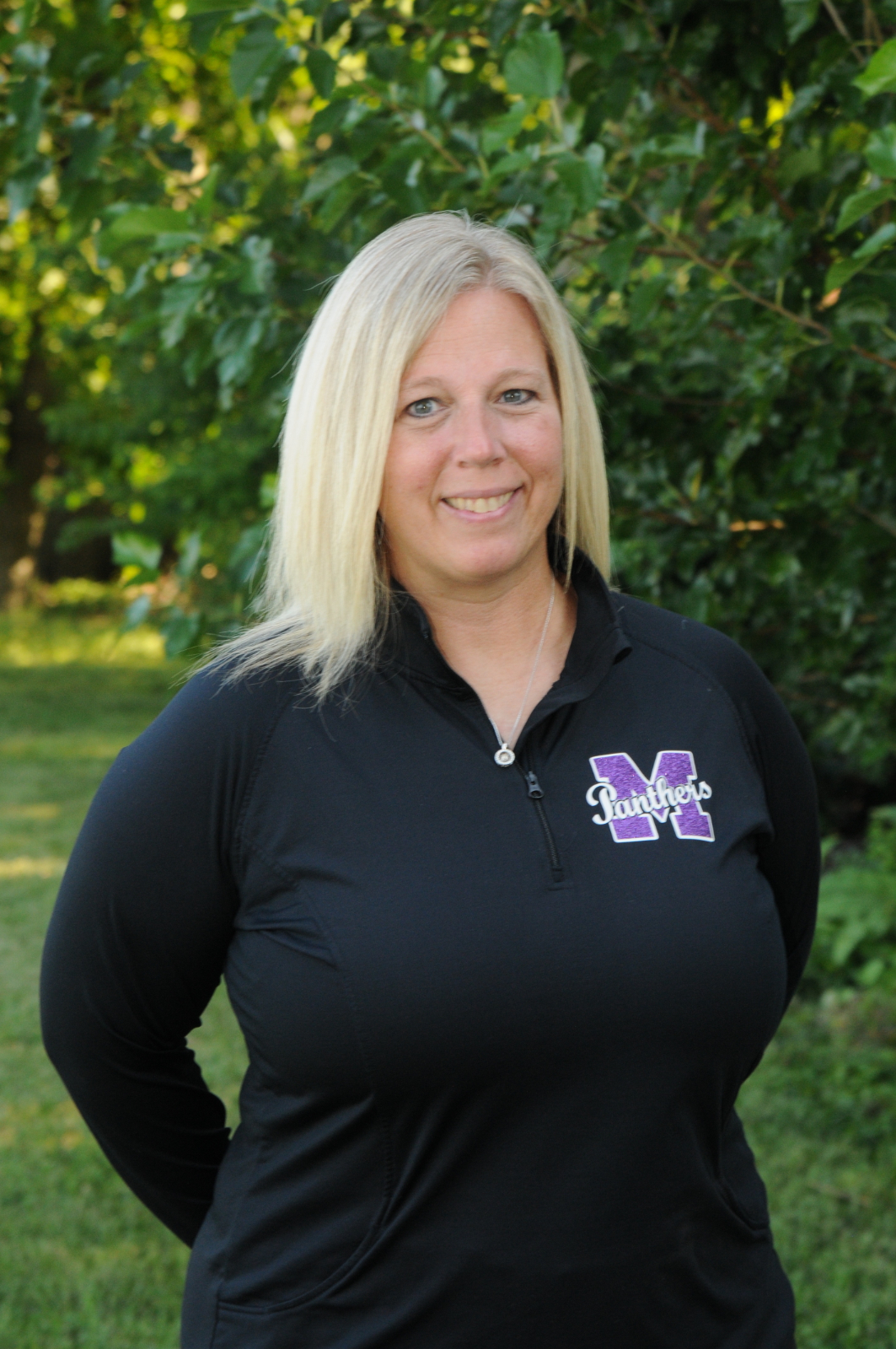 High School: Brittany is a 1995 Maumee High School graduate and is extremely excited to be the Head Coach for the Maumee Dance Team!!

College: Brittany’s background includes an Associate’s Degree in Early Childhood Education from Owens Community College, teaching dance at a local Maumee studio for 11 years prior to her own studio, coaching the flag line and dance team at Central Catholic HS for 6 years and the Teacher/Director of the Maumee Police Safety City program for 10 years.

Experience: Brittany is no stranger to the dance world. She is the Owner/Artistic Director of Dance Expressions Studio. Beginning their 16th year, her studio competitive dancers continue to win numerous Regional and National Competition high score awards, titles, and scholarships. Brittany always strives for her dancers to gain self-confidence, promote good sportsmanship and make many friends and memories that last a lifetime.

Family: Brittany is married to Chris and they have two boys who attend Maumee City Schools, Landen (2023) and Ryan (2026). Brittany is very proud to be a Coach at her alma mater!! 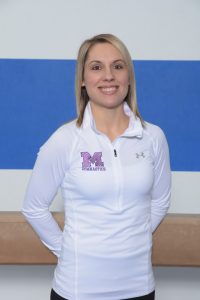 High School:  Megan graduated from Central Catholic High School in 2006. She was a four-year varsity letterwinner and all district team & state qualifier her senior year.

College: Megan is a graduate of Bowling Green State University earning a degree in Three-Dimensional Studies. She also has a minor in Psychology. 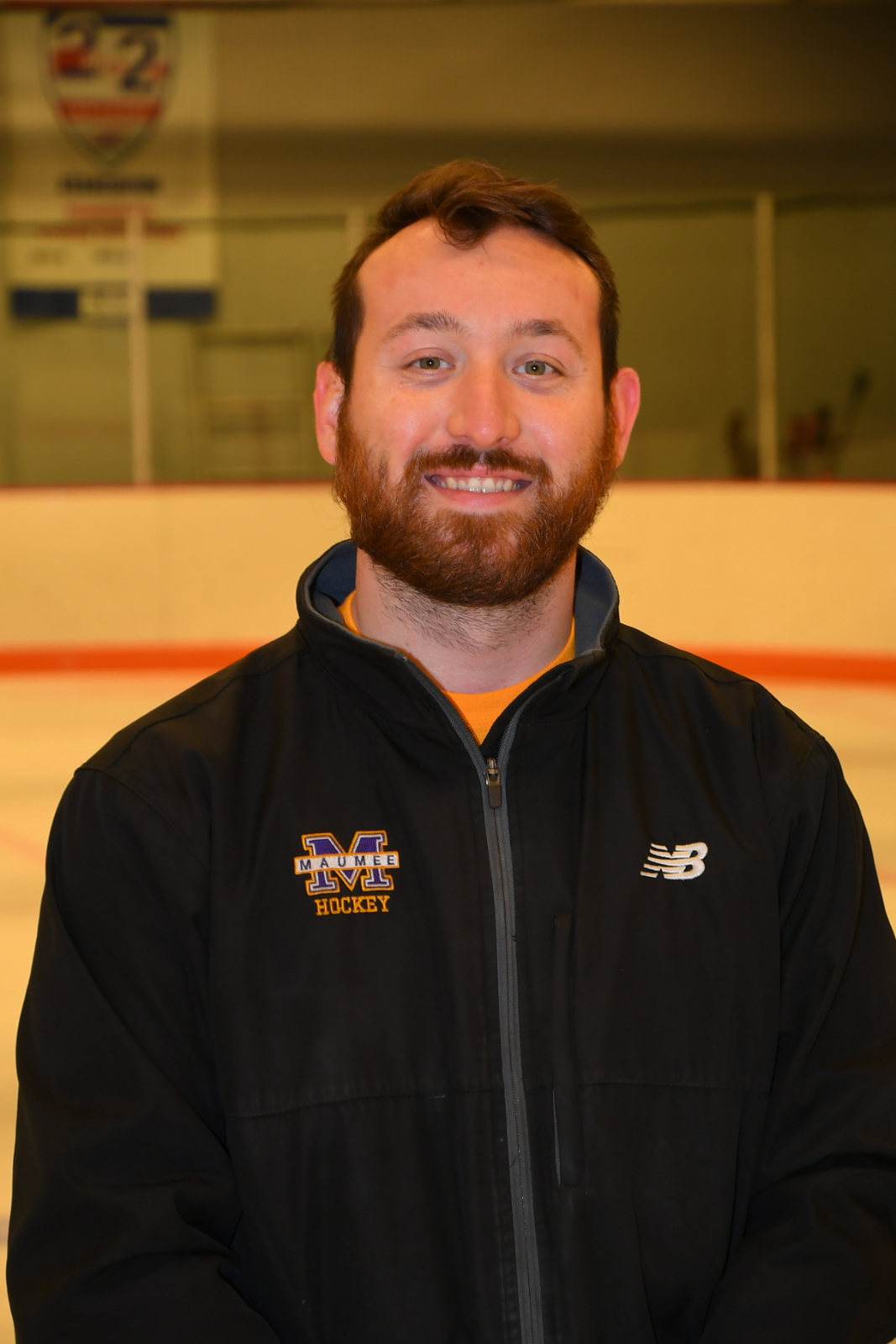 Experience: Devin made his coaching debut with Maumee as the assistant varsity hockey coach running/operating the offense. This is Devin’s 4th year coaching hockey but his 3rd year as head coach. 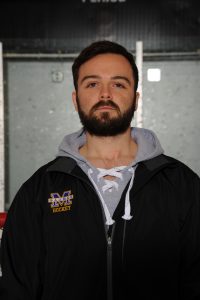 High School: Randy is a 2010 graduate of St. Francis de Sales High School. In 2010, his team finished the season as Red Division Champs and he earned All-Academic honors.

College: Randy is a 2015 graduate of the University of Toledo where he earned a Bachelor’s Degree in Finance and Information Systems.

Experience: Randy made his coaching debut with Maumee as a volunteer coach and now is an assistant varsity hockey coach. Randy has over 15 years experience playing hockey.

Family: Even though Randy is not married, he is very close to his parents and sister. 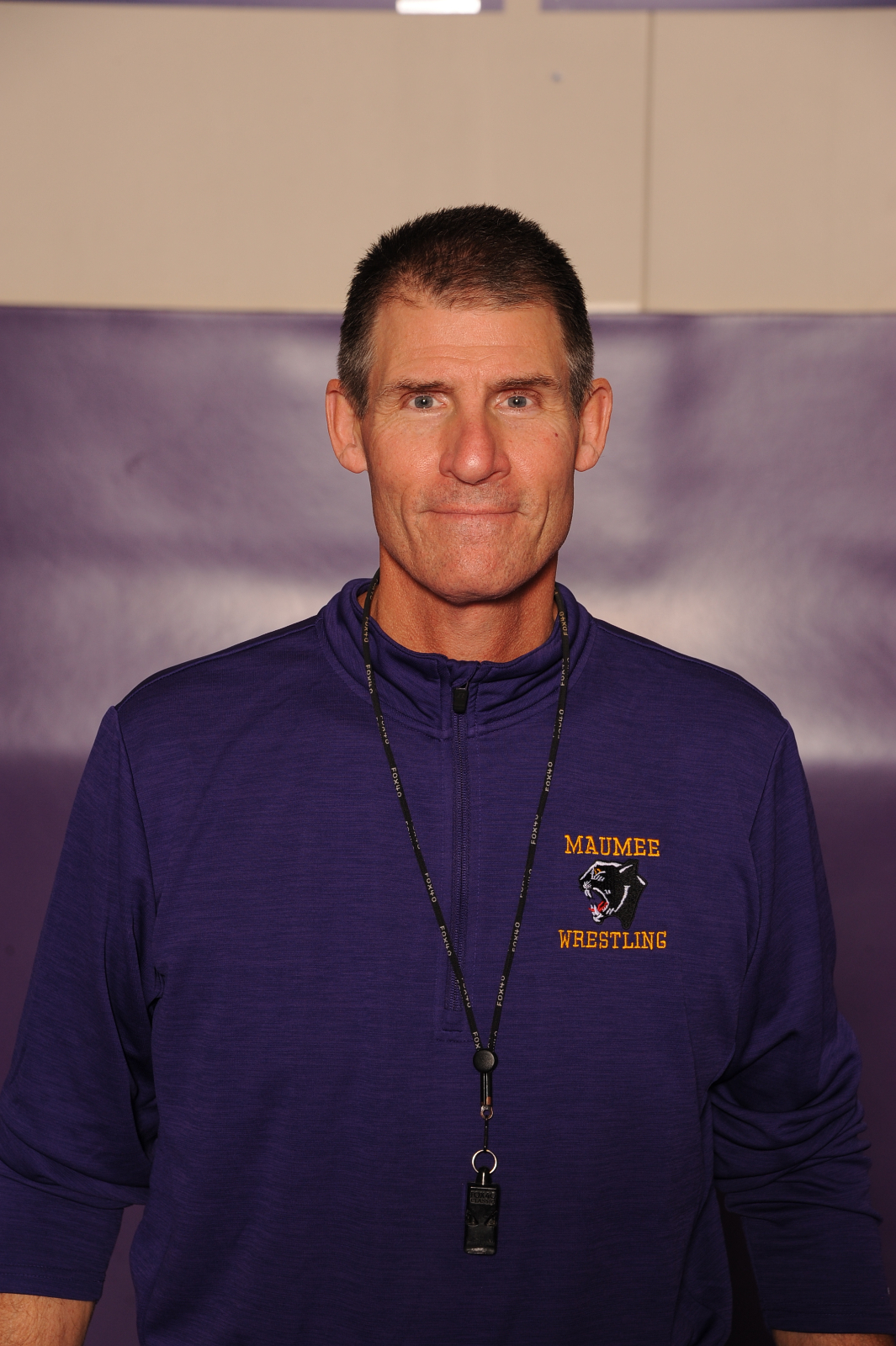 College: Ken graduated from Ashland University in 1988.  He played football there for 4 years. His accomplishments include a 2-year starter in 21 games, 2-time offensive lineman all Heartland Conference, and a member of the 1986 National NCAA Division II playoff team. 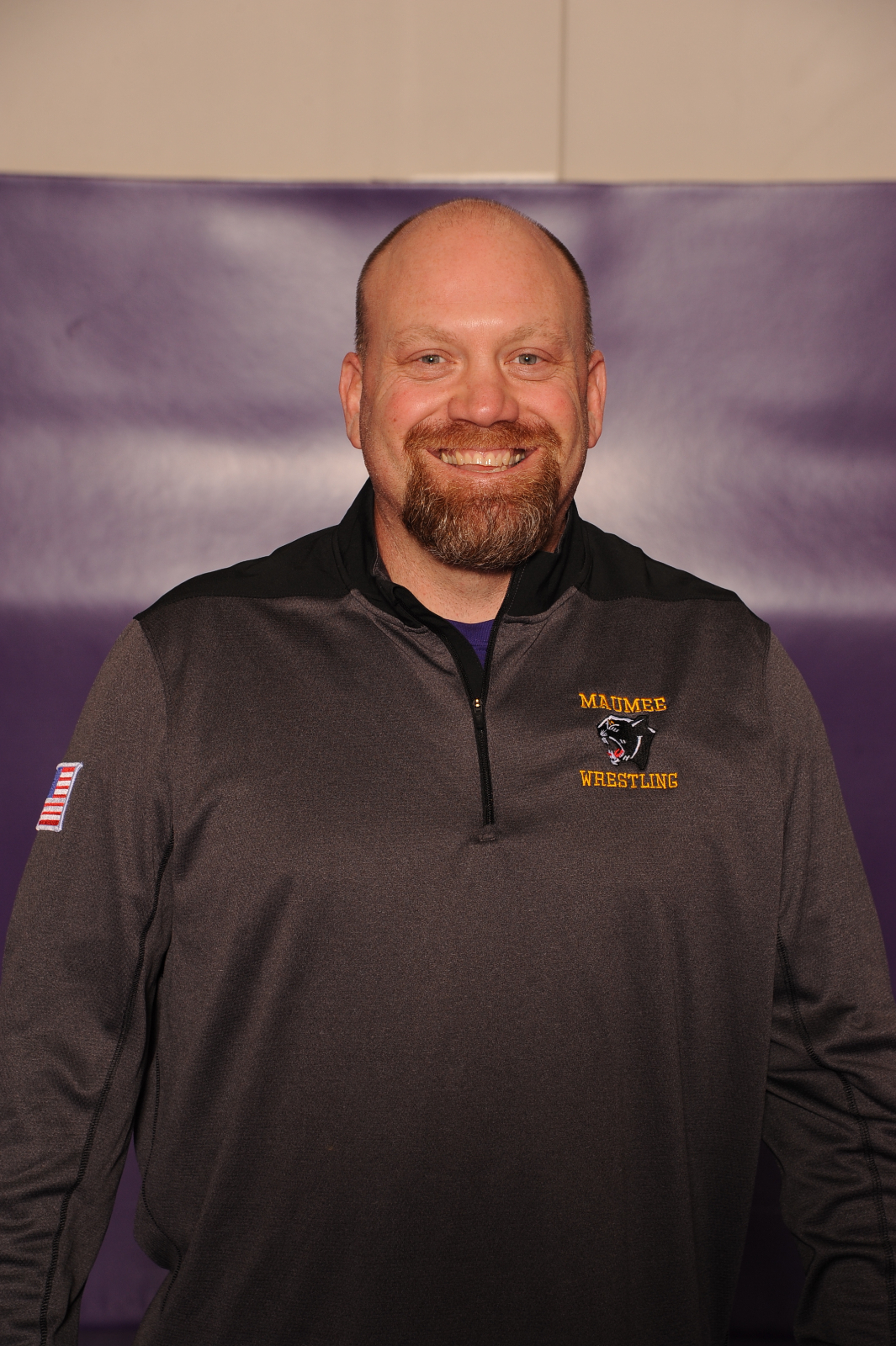 High School: Brian is a 1990 graduate of Maumee High School. Brian was selected as team co-captain for football as a senior. He received many league honors during his football career. As a junior, Brian was selected to the First Team All-Northern Lakes League as a linebacker. He followed this accomplishment as a senior earning All-NLL as both a linebacker and running back. Brian was also selected as the Northern Lakes League Defensive Player of the Year. Brian also received district mention as First Team All-District as a running back and state mention as Honorable Mention All-Ohio. Brian was selected team captain for wrestling as both a junior and senior. He concluded his wrestling career at Maumee as two-time Northern Lakes League champion and as a three-time district qualifier. Brian received All-NLL Academic recognition for both football and wrestling.

College: Brian has attended the University of Findlay, University of Toledo, and Bowling Green State University. He has a Bachelor of Science in Education with a focus in Comprehensive Social Studies. Brian also has a Master’s Degree in Classroom Technology. 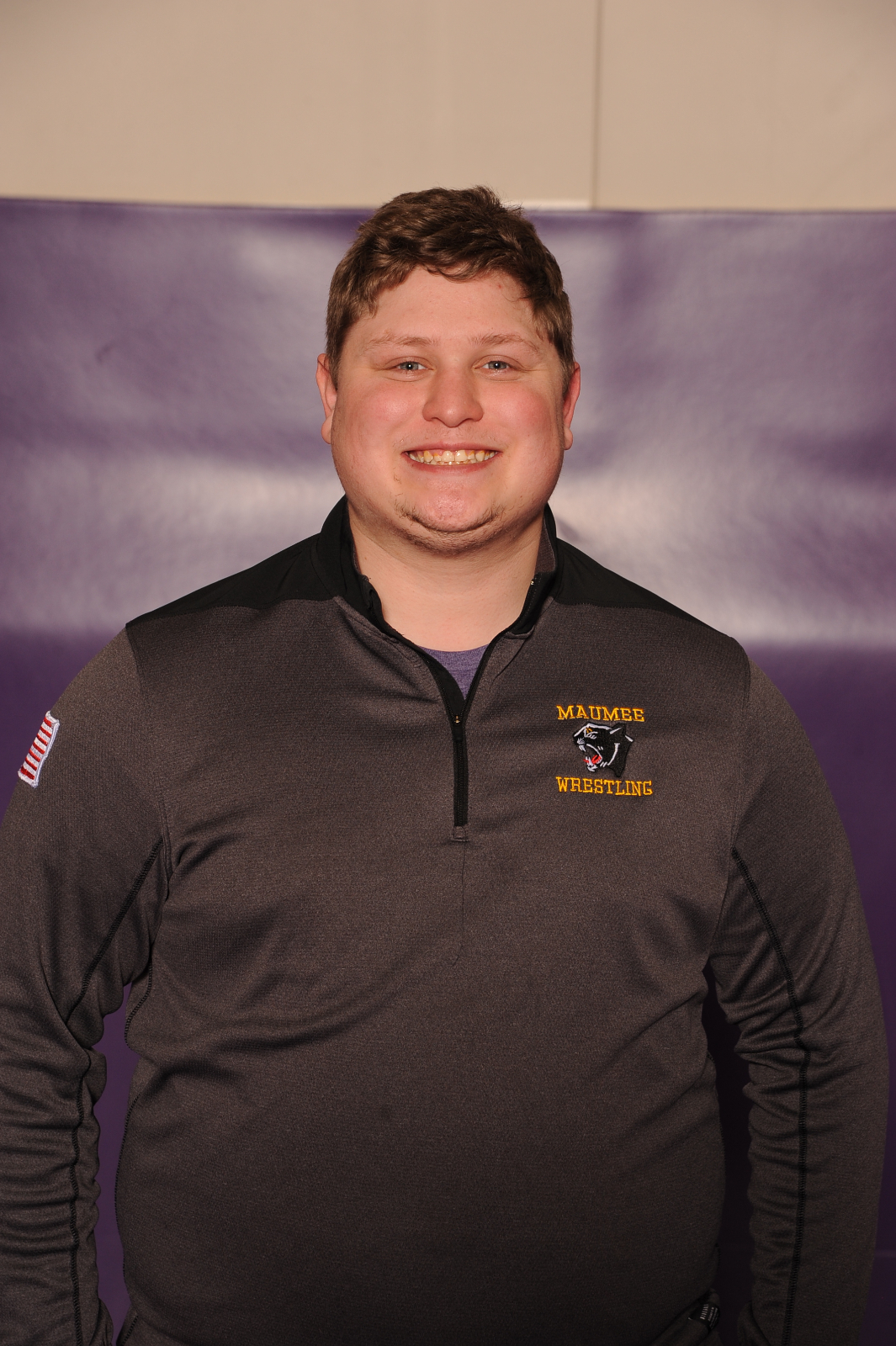 College: Robbie currently attends the University of Toledo where he is majoring in Mechanical Engineering.

Experience: Robbie started his coaching career as a volunteer wrestling coach at Maumee High School. This is his 4th year of overall coaching wrestling. 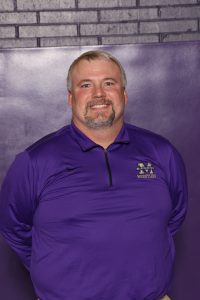 High School: Todd is a 1993 graduate of Swanton High School. Todd began his wrestling career in 1982 and wrestled until he graduated in 1993. Todd also played football for 3 years at Swanton.

College/Employment: Todd attended Bowling Green State University for 3 years where he studied Elementary Education. Todd has been employed by the City of Maumee since 1998. Todd is the Assistant Superintendent of the Division of Water.

Experience: Todd used to help with the biddy wrestling program in Swanton and volunteered last year at Maumee High School. This is his 2nd year coaching at Maumee.