Panthers Official Sponsor
The 2019 Maumee Panther boys and girls cross country seasons will officially begin on Saturday, August 24th at the Norm Bray Invitational, but since August 1st, the 24 runners have been busily practicing at Side Cut Metropark under the experienced eye of Coach Karen Brebberman.
Overall, both the boys and girls teams are young:  between the two, there is only one senior and four juniors.  There is returning varsity experience, with eight previous letter winners.  They are:  Eric Board, Nick Johnstone, Sydney King, Jordan Leasor, Keragan McConaughey, Abi Smalley, Lexi Szyndler, and Robbie Stevens.
Regardless of the teams’ relative inexperience, Coach Brebberman does have lofty goals for the season.  First, she wants to see the teams’ performance in the NLL improve from 2018.  Second, she wants to have runners advance past districts.
Coach Brebberman is excited to work with the student outside the classroom and help them develop as competitors representing Maumee High School. 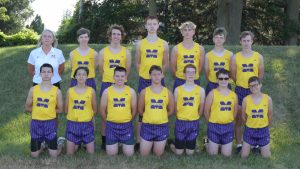 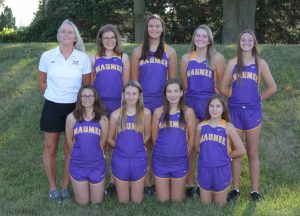